Meek Mill is a father to a three-year old son.

The Philadelphia rapper may not be with the mother of his child, Murad aka Papi, anymore. But that hasn’t stopped him from taking care of his responsibilities. And in honor of Father’s Day, Meek has penned a heartfelt letter for TIME.

Meek, 28, discusses how his success and wealth have allowed him to provide for his son, who inspires him to work hard every day.

“As a father, now I get to give my son the life I never had. Being able to give him anything he wants is one of the best feelings in the world—but it’s also scary,” Meek wrote. “I love my son with all my heart, and I would do anything for him. It’s a crazy feeling knowing that I will help him become a great man.” 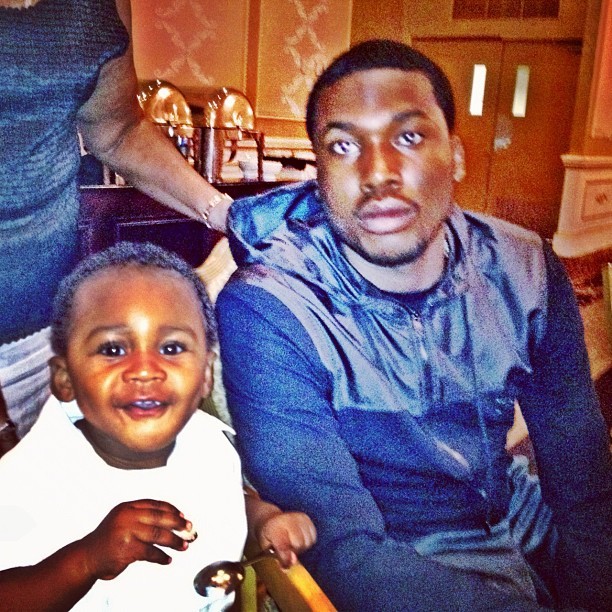 When Meek is not on tour or in the studio, he shares his favorite hobby with Papi.

“After spending time away from him, one of my favorite things to do is get on my four wheeler with my little man in tow,” he said. “Picture us riding around my neighborhood waving at all my neighbors. My son is fearless on his bike.”

Meek was young when his father was killed, so he had to provide for his family.

“I never had a strong male figure in my life. I didn’t have that person to teach me things fathers teach their sons because my father was killed when I was young. It was just me, my mom, and my sister, so I had to be the man of the house.”

Meek also salutes the single mothers who have to fill both roles.

“They don’t get the credit they deserve,” Meek said. “There’s not enough ways to really say thank you, but we celebrate them, too, for all they do.”

Read the entire letter over at TIME.