Philadelphia Eagles fans took their frustrations on the team out on each other Thursday night.

A fight broke out in the upper deck of the stands during the Eagles-Kansas City Chiefs game at the Lincoln Financial Field. It was an epic brawl that lasted close to five minutes during the third quarter, which required plenty of security to break up the melee.

In the end, three rows of Philly fans were ejected from the game. Probably for the best, the Eagles wound up losing 26-16 to the Chiefs. 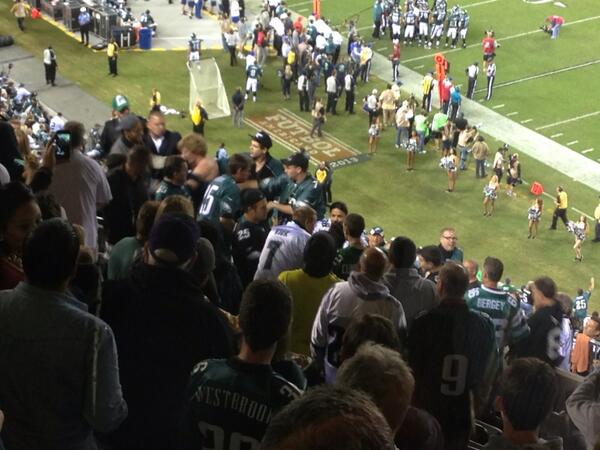 Watch footage of the brawl below.