Real Housewives of Atlanta star NeNe Leakes’ comments during her interview with Andy Cohen has ruffled a few feathers.

Although Leakes didn’t have much face time during the season 6 finale because of an illness, Cohen spent 30 minutes with her to recap the season after the show aired on Sunday. More than 3.5 million viewers tuned into Watch What Happens Live.

Leakes revealed she and Cynthia Bailey were no longer friends and that she should be fired from the show. She also called Marlo Hampton a ‘Man Ho.’

Now Marlo is fighting back. NeNe’s bridesmaid vented on Twitter and even accused NeNe of cheating on Gregg Leakes. Check out Marlo’s rant below. 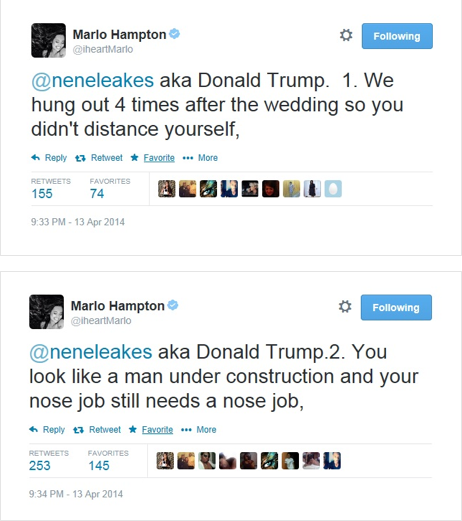 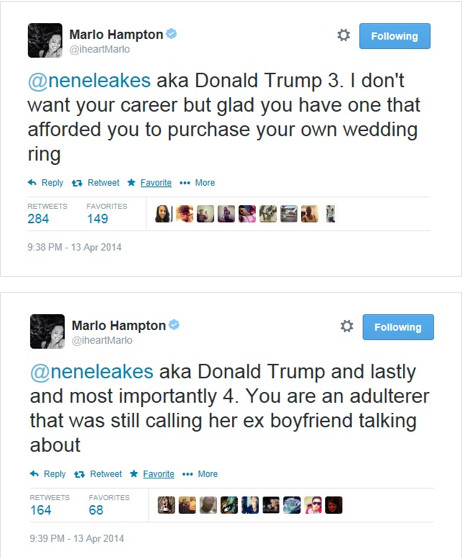 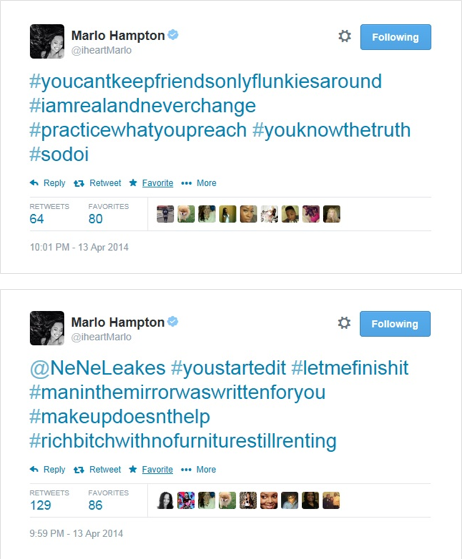 Marlo revealed to Radar Online that the two last communicated via text about a month ago. She claims “it didn’t end well. We were both just like, ‘Don’t call me. You’re blocked!’”