After six months in seclusion, Mariah Carey and Nick Cannon has decided to show the world kids.

Carey and Cannon debuted their six-month old twins, Moroccan and Monroe Cannon on ABC’s 20/20 with Barbara Walters Friday night. Carey spoke candidly about her pregnancy, even told Walters she didn’t want to have anymore kids.

“I don’t think I understood the enormity or the magnitude of what it really does to your body,” Carey explained. “It’s not just, oh you don’t look pretty and you have a bump.” 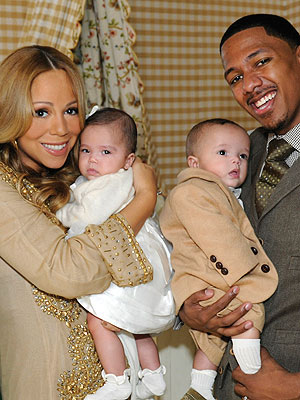 Cannon made it clear that he didn’t want his twins to follow in his footsteps. He rather they become a doctor instead of a celebrity. Cannon gushed, “My family gives me everything.”

Carey admitted in the interview that she was hesitant to get married again after her failed marriage to Tommy Mottola in 1998.

“Initially I was afraid of the concept of marriage [again],” Carey said. “But this is a different situation and a different time in my life. No one will steal my spirit.”