Mariah Carey and Nick Cannon celebrated another year of wedded bliss with a vow renewal.

Mariah and Nick have renewed their vows each year since they married five years ago and this time they wanted a fairytale theme. The couple and their twins celebrated their anniversary with a ceremony at Disneyland.

Mariah and her daughter Monroe made a grand entrance in a horse-drawn Crystal Carriage. After arriving on Main Street, they were met by Nick and son Moroccan. Together, the family of four walked to the Sleeping Beauty Castle where they renewed their vows before 250 guests.

“Happy 5th(!!!!!!) Anniversary to the Best Husband in All The Land & 2 years ago pon de delivery room=luckiest Mommy in The WORLD!,” Carey tweeted Tuesday with the photo below.

The ceremony concluded with fireworks and was followed by a reception in Fantasyland, where Cannon played deejay. Guests also had access to some of the theme park’s rides.

Earlier in the day, Carey and Cannon celebrated dem babies birthdays with Mickey and Minnie Mouse. The  twins, later, dressed identical to Nick and Mariah for the wedding. Check out a few photos from the wedding below. 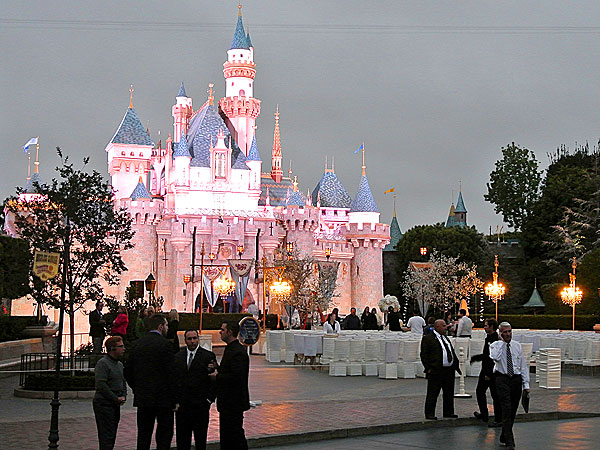 Photos via Necole Bitchie and People