Especially after the Bad Boy artist spilled the beans about what he saw Sharpton allegedly partaking in during Diddy’s New Years Eve party in Miami. Machine Gun Kelly alerted his Instagram followers that he allegedly saw Sharpton smoking weed.

Kelly made the shocking claim after the party took place on social media. Check out what he said below. 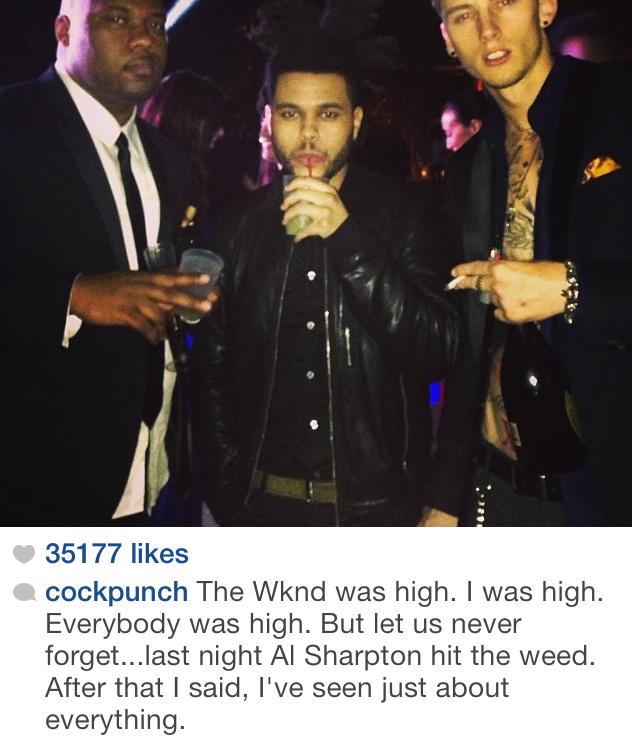 Sharpton will probably deny the comment or ignore it. But if Machine Gun Kelly did see the reverend smoking weed, do we blame him for being shocked?