Beyoncé introduced her new activewear line and it caused some friction with Lululemon.

Lululemon, a Canada-based clothing line that specializes in yoga gear, responded to a tweet Thursday asking if Ivy Park was intended to “be like Lululemon.”

“They do say imitation is the best form of flattery,” the company tweeted, which they later removed. “Maybe Beyoncé is so Crazy In Love with our brand, she made her own.”

The company indicated it’s not worried about the pop legend’s activewear taking a bite out of Lululemon’s market share. “[Y]ou won’t find us six feet under. We love a little competition, especially with the Queen B,” the company tweeted.

It didn’t take long for the Beyhive to began questioning Lululemon’s response and the brand’s sanity. After a thorough dragging by the BeyHive, Lululemon apologized and removed the Tweet. 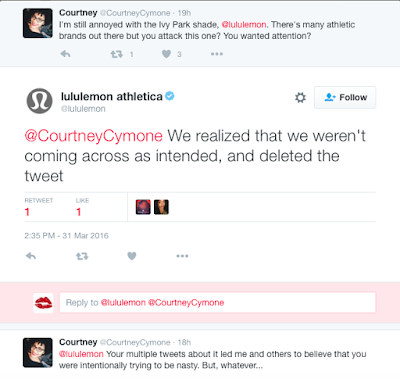 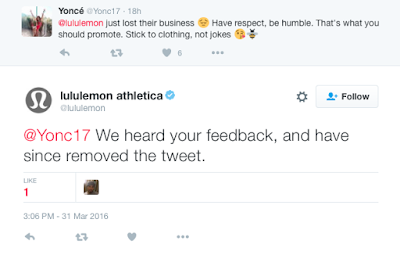 Think twice before you tweet about Beyonce because you might get stung by the Beyhive. Watch Beyoncé’s promotional video below.