Ludacris is probably wishing he didn’t cheat on his girlfriend.

Things would be so much easier financially for him. But its wishful thinking at this point. Luda has been battling in court with the mother of his two-month daughter, Tamika Fuller.

It was revealed in December that Ludacris had a secret lovechild with Fuller while he was still in a relationship with Eudoxie. Now Fuller is requesting $15,000 a month in child support for their daughter, Cai. But Luda claims he can’t afford to pay that much. 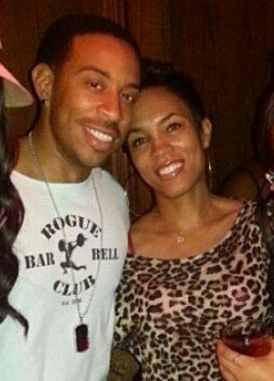 Luda told the court that he only made $55,000 last year and he’s hurting for cash because Paul Walker’s untimely death put a hold on filming the Fast and Furious 7.”

He was counting on “Fast and Furious 7″ money to make his payments, and the movie is now on hold so his payday went away.

The judge split the baby down the middle, ordering Luda to pay 7K a month for now … while the court reviews all the financial docs.

Although Ludacris made only $55,000  last year, it doesn’t help his case that he posted photos on social media of lavish vacations the same year. Let’s not forget about the shopping sprees and fancy cars.

Ludacris also has a daughter from a previous relationship.