Ludacris’ baby mama Tamika Fuller is not going away quietly.

Cai Bella Bridge’s mother is tired of the rumors being spread about the amount of child support she received. She also reveals how much Luda’s first baby mama receives.

In an open letter to Madame Noir, Tamika wrote:

“I’ve noticed a gazillion commentators still shouting about this 7k and 15k child support number. In the prolific words of Isaiah Washington, I want to break this down so it can forever and consistently be broke.

I received nothing from my baby’s father throughout my entire pregnancy – he always gleefully reminded me that he was not required by law to do so. He also chose not to attend our daughter’s birth however immediately went down to the courthouse to file child support paperwork December 10th, a day after my daughter was born when I was still in the hospital. On the filing he listed his income as $25k/month although strangely enough he told Forbes he made 12 million/year. He stated he was only obliged to give me $1750 of which he only ever made 2 payments. The judge issued a temporary order for $2750/month until Chris could show the court his income records as the judge wasn’t buying it. Instead of revealing his income he filed for primary custody of our daughter. Per the courts, he paid me $2750 for a few months although he always made sure to pay this support as late as possible. I was grateful for this amount and still to this day would have been completely fine with that child support moving forward. I have never received more than $2750 in child support and only for a brief period of time, there were never any offers by him to settle, and he fought against the temporary judgement because even that was too high for his liking. It seems people are confusing me with Karma’s mother Christine who does receive 7k/month in child support.

As far as this critique that I abandoned my first child, I think it is deeply problematic that men in particular who are the most absent in their child’s lives feel they have the right to judge a scared teenage mother who received assistance from her parents. According to statistics teenage mothers are less likely to finish high school and more likely to rely on public assistance – I graduated top of my class from high school and attended Clark Atlanta University. I never accepted welfare even when I qualified for it. I have defied the negative stereotypes of the teenage mother yet I’ve been vilified and even punished by the judge for events that transpired 20 years ago. Speaking of the judge, nobody seems to find the tremendous irony in the fact that my daughter was taken away from me because I didn’t generate as much income as her father yet the same judge orders me to pay his legal fees. There is something deeply troubling about the Atlanta family court system.”

Tamika also shares a copy of a child support check stub showing she received just under $3,500 for two months. 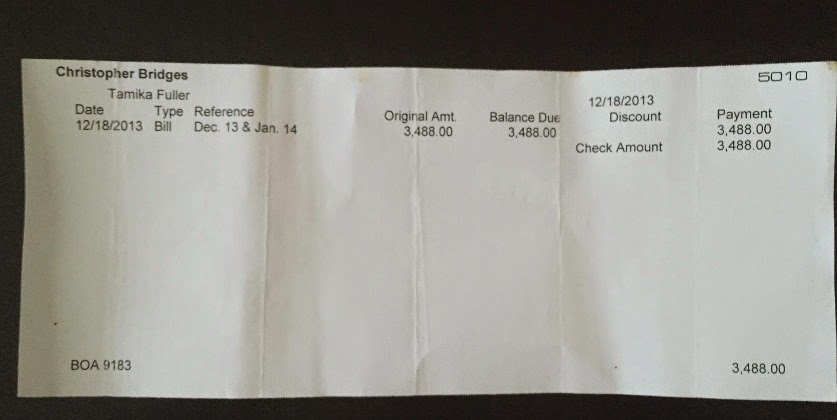 Last month, Luda was awarded primary custody of Cai. And since the, Fuller has been doing what she can to get her daughter back, including trying to raise money for attorney fees on GoFundme.com.

MediaTakeOut got its hands on an alleged exchange that forbids Fuller from FaceTiming with Cai. He allegedly even threatens to take her out of school unless she pays for it. Read the alleged exchange below. 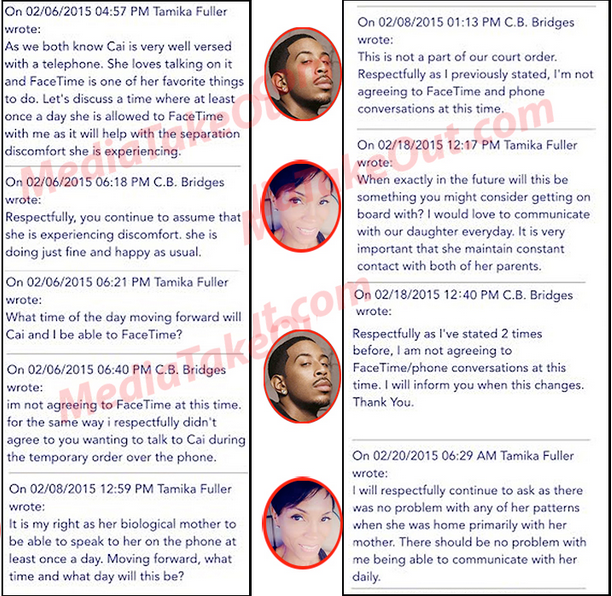 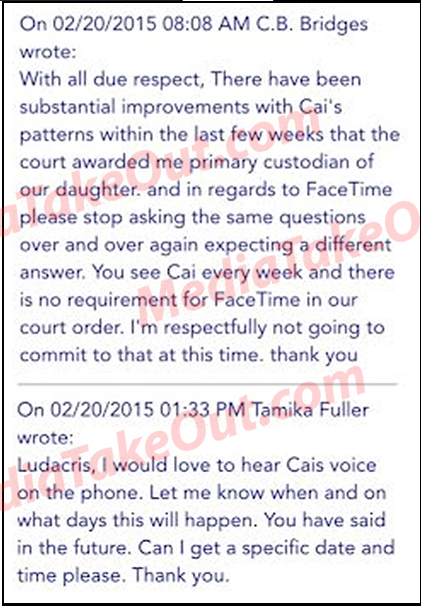 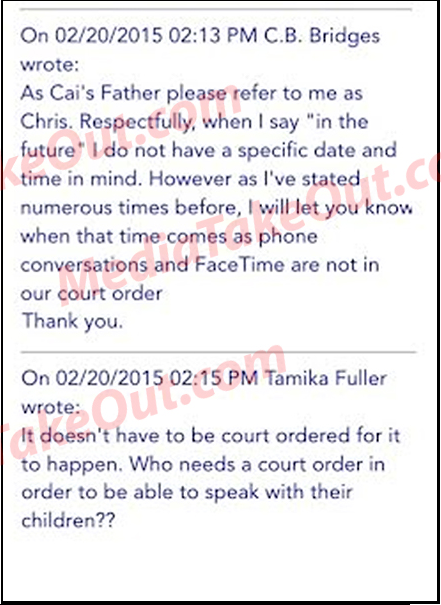 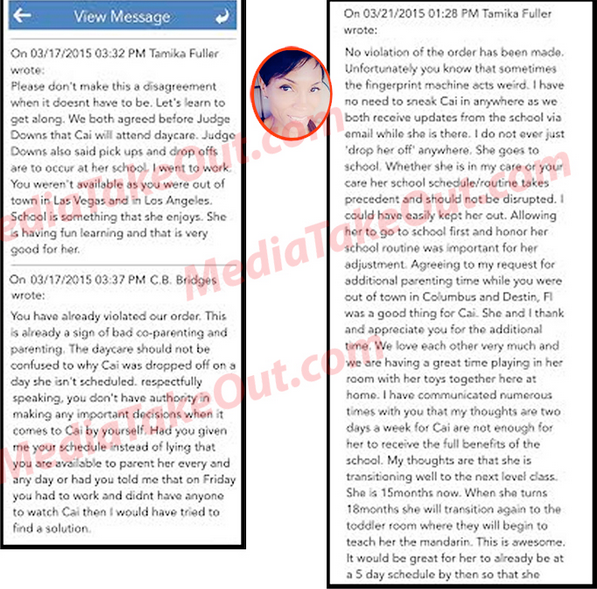 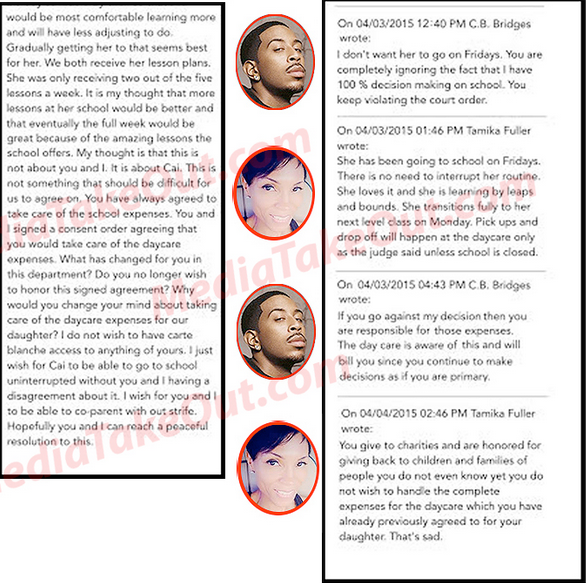