During the latest episode of the VH1 show, Mendeecees Harris’ new assistant, Remy, was portrayed as a woman who was infatuated with him. Smith had a sit down with Remy over boundary issues.

Now, the drama has spilled over to social media. Remy explained her relationship with Smith after photos surfaced of the two being friendly with one another.

Read Remy explanation of their relationship, and the reason why Yandy called her out below. 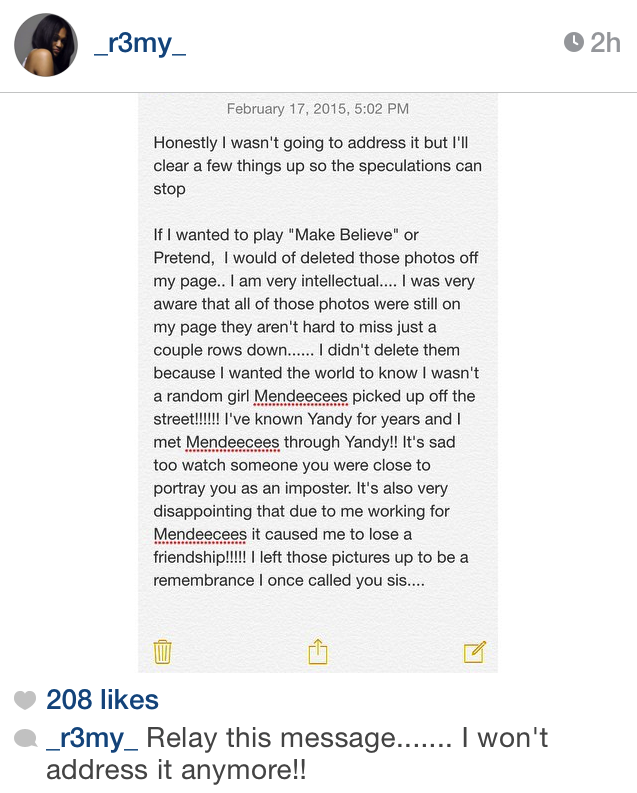 Smith claims Remy got her job with Mendeecees by lying. 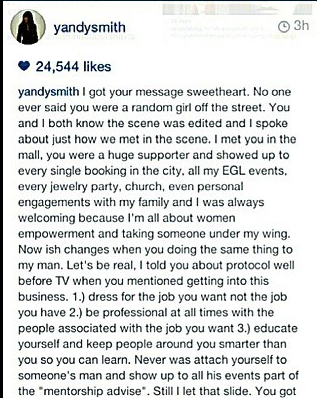 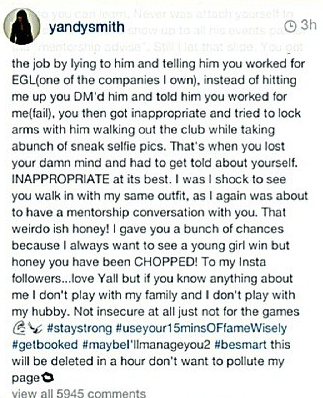