Love & Hip Hop Atlanta star Joseline Hernandez and her husband Stevie J are in a bad place at the moment.

It’s unclear what exactly happened between the two, but Joseline went on social media on Monday and accused Stevie of physically abusing. She also dragged Love & Hip Hop producer Mona Scott Young into the mix.

Is Joseline Hernandez Cheating on Stevie J With Rick Ross and Kevin Durant?

Shortly after the show aired, Joseline shared photos of her bruised face, insisting she was telling the truth. She also posted Stevie J’s business dealings. Check out the posts below. 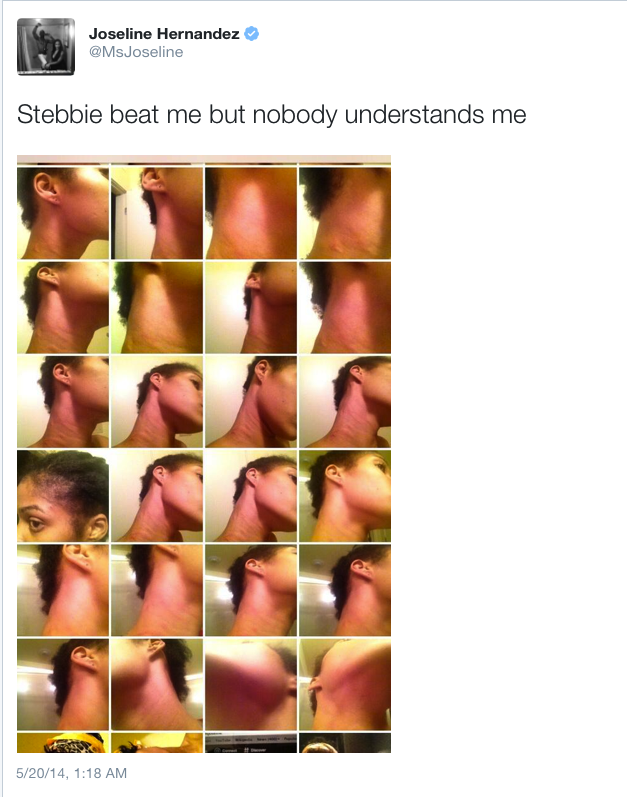 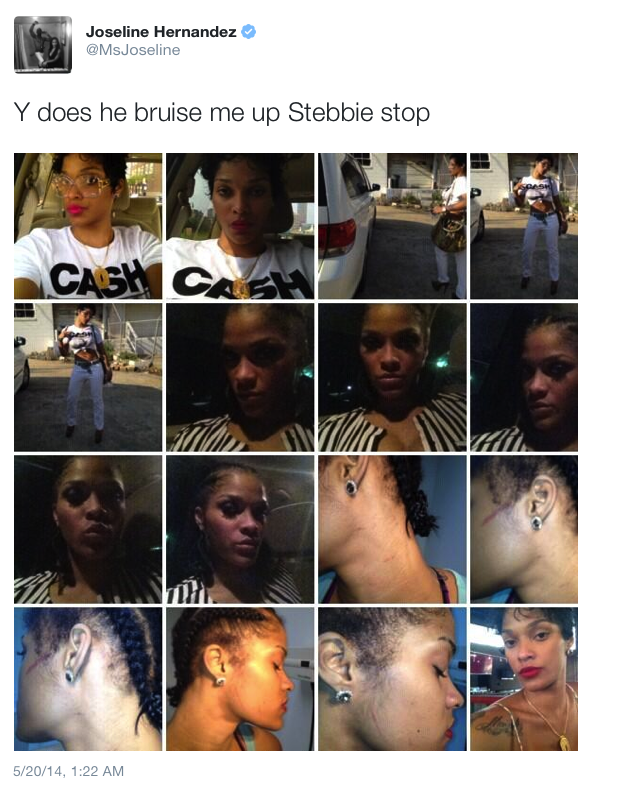 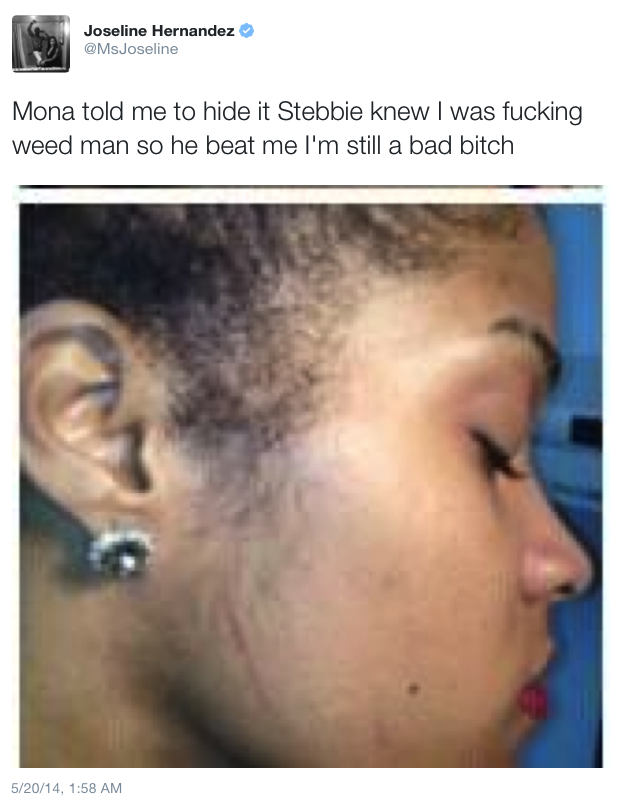 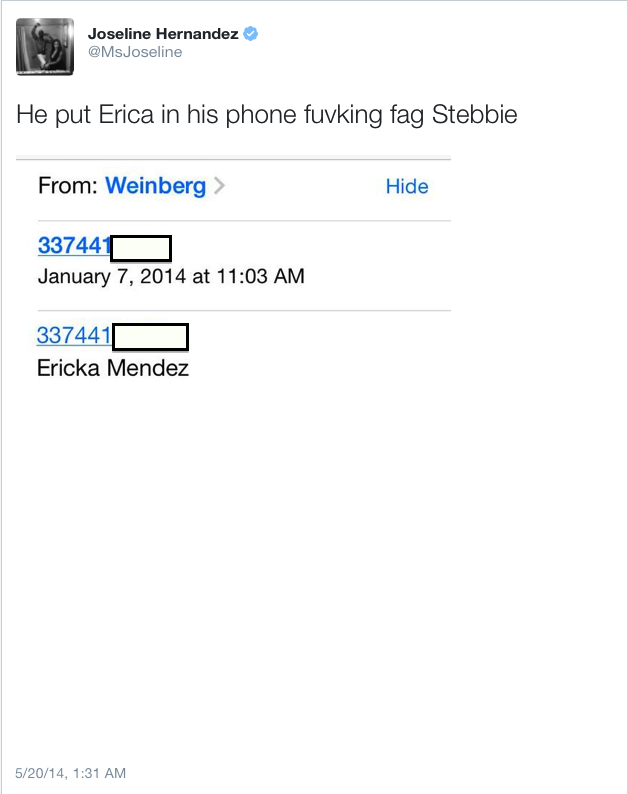 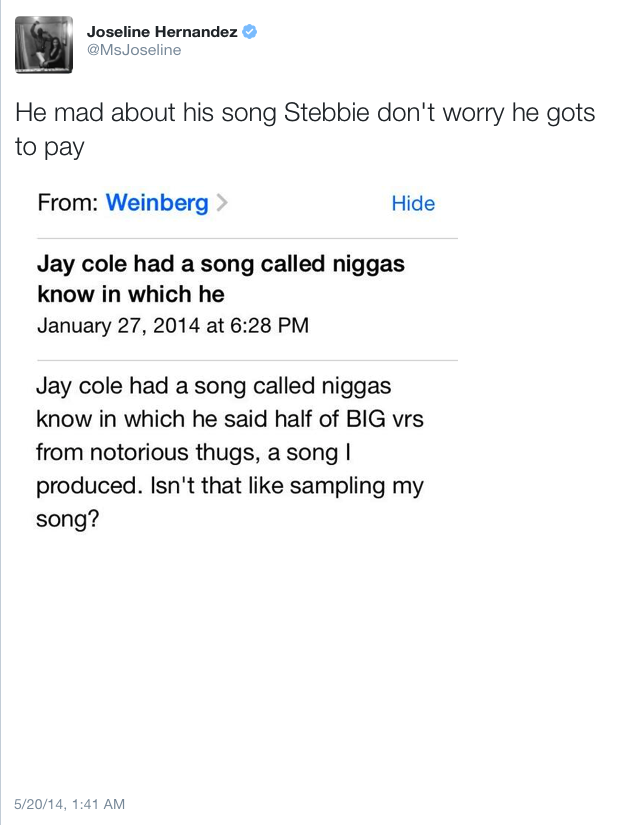 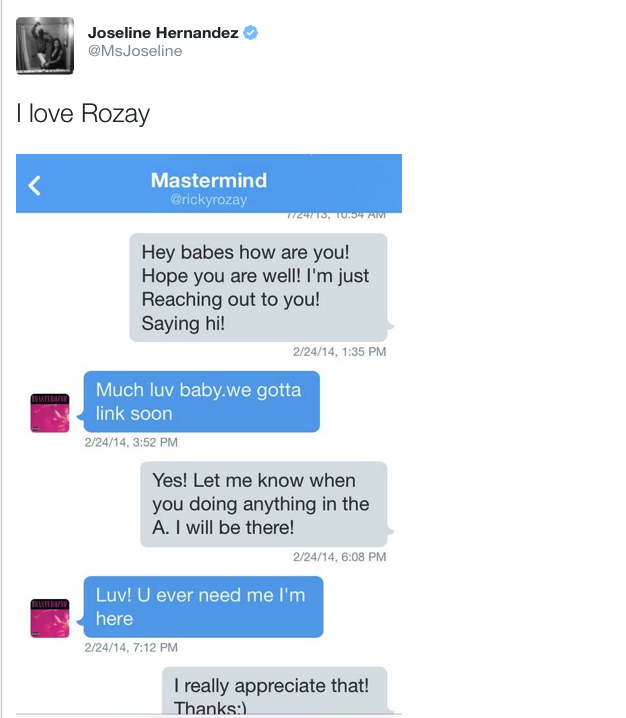 On Tuesday morning, Joseline said she made a mistake. She has since deleted the images and tweets.  Stevie claims her account was hacked.

We’re guessing these two will work out their problems. This is not the first time Joseline has made some damaging statement about Stevie.