Tara and her son’s father Peter Gunz broke up, after he confessed he was married to his artist Amina. Yandy has helped Tara get through this bad period in her life while taking a few jabs at Amina.

This didn’t sit well with Yandy’s boyfriend Mendeecees Harris baby mama, Erika. After she saw the episode where Yandy was bashing Amina, she posted a cryptic message on Instagram. 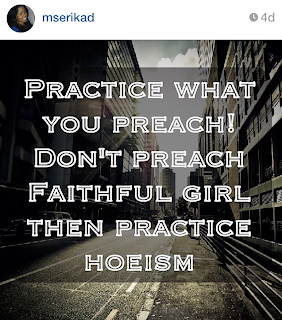 Although Erika denies that she was talking about Yandy, the timing seems suspicious.

Many speculate that she was talking about Yandy because their son’s are close in age. It appears that maybe some cheating was going on.

On LHHNY, Mendeecees only mentions two sons, Mendeecees, Jr. and Omere. But as it turns out, his first baby momma also shares another child with him. His name is Aasim and he was born in August of 2011. Yandy’s son Omere was born in the summer of 2012.

Mendeecees was rumored to be sleeping with both women at a certain point.

If the rumors are true, it would make Yandy a homewrecker too.