Love & Hip Hop New York star Winter Ramos has stepped from behind the scenes and into the spotlight.

Ramos, who is Fabolous former assistant, was introduced as new cast member on Monday’s episode. During her introduction, she explained her connection to the music industry.

“I’ve worked with Puff Daddy, Biggie Smalls, Junior Mafia, DMX, Eve, Ja Rule, Ashanti, Irv Gotti….I’ve dated these guys. I’ve slept with them,” Ramos said. “I’ve worked for them. I know the girlfriend. I know the baby mother. I know the wife. I even know the side chick.”

During a conversation with costar Jen the Pen, Ramos revealed she was writing a tell-all book entitled, Game Over: My Love for Hip Hop. She explained during the show that her friend Jadakiss is the one that gave her the idea to write a book. 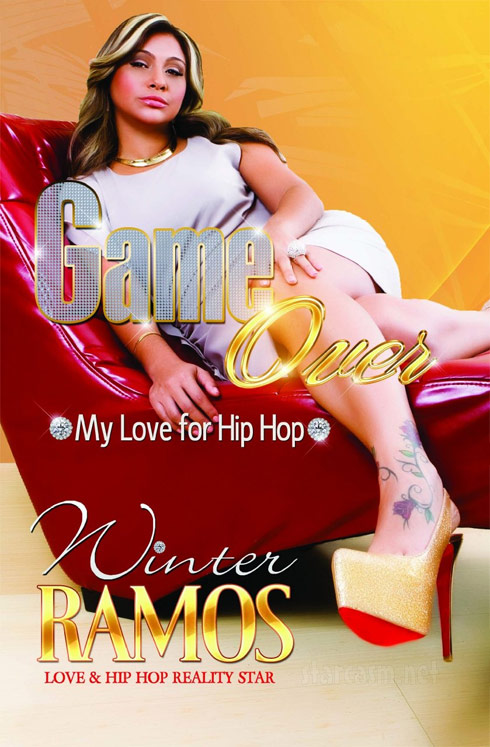 The Amazon book description labels Game Over as a “cautionary tale” for young women wanting to enter the music business:

“Winter Ramos, one of the new faces of VH1′s hit reality television show, Love and Hip Hop New York Season 3 delivers a brazen and unabashed memoir of her life in the world of hip hop.

In Game Over, Winter puts all of her emotions on the page leaving no experience, emotional abuse, or former lover uncovered. From her days as assistant to rapper, Fabolous and friend to Jada Kiss, to appearing on Love and Hip Hop and being Creative Costume Designer for Flavor unit Films, Winter delivers a tell-all book on her famous ex-lovers and experiences in the music industry.

As the chick that was always in the mix and cool with everyone, Winter was privy to the cray beyond the videos, private flights, and limos that the cameras caught for us. Her reality and theirs was no game. Game Over is Winter’s cautionary tale for the next generation of young women who believe that the fabulous lives of celebrities unveiled in blogs and on reality television shows are all FIRE! Stay tuned, because this GAME is about to get real.”

Ramos’ book is the latest of a slew of women who have written tell-all books about the hip hop industry. The most notable tell-all is Karrine ‘Superhead’ Steffans’ Confessions of a Video Vixen.

Amazon has Game Over: My Love for Hip Hop slated for an April 3rd release.