Love & Hip Hop: Were Kimbella and Erica Fighting Over Fabolous?

It was the second fight that involved cast member Kimbella Vanderhee. But this time, the newbie wasn’t getting punched or stomped on by Chrissy Lampkin. Instead, she was being attacked by model Erica Mena. But did both altercations have something to do with rapper Fabolous?

Lampkin sucker-punched Kimbella during the season opener of the show after she revealed she dated Fabolous while he was in a relationship with Emily B. Lampkin attacked Kimbella because she didn’t think it was appropriate for her to announce the news at the party.

Reports have now surfaced that Erica is still upset with Kimbella for dating Fabolous at the same time. Mediatakeout.com reports that Fabolous met Erica on the set of his video “Breathe’ when she was 17 years old. The two began a relationship while Fabolous was in a relationship with Emily. A source told the website that he took her virginity. Erica, later, found out he was dating Kimbella at the same time and she was ‘heart broken.’ 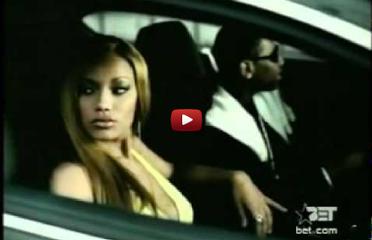 Mena claims she was misrepresented on the show.

“My whole image and my career is now affected by this,” Mena told TMZ. “I wanted them to pull this clip because I don’t want to show this side of me.”

The Fabolous rumor does explain why Erica was so angry. Mena, who made her first appearance on the show, tried to persuade Yandy Smith to be her manager during her first scene. But the conversation quickly got side tracked when the two began talking about how video modeling has fallen off.

Mena blamed the watered down industry on women who will work for free. She said Kimbella was one of the models that cheapened the industry. In Mena’s next scene, she met Kimbella and voiced her frustration. Kimbella throws a champagne glass at Erica and the cat fight begins. The 30-second fight resulted in both scratching each other’s face and grabbing each other’s hair.

This is not the first time Erica has gotten into a fight on camera. She was caught beating her baby daddy, Terror Squad member Raul Conde, at My Studio in Hollywood a couple of months ago.

Check out the video of her drop kicking her boyfriend.

In case you missed the fight on Love & Hip, check out the video below.