Love is in the air amongst the Love & Hip Hop New York cast.

Yandy Smith’s boyfriend Mendeecees Harris proposed to the reality star on Monday’s episode. And now there’s news that Smith is not the only cast member getting married. Rashidah Ali is also getting hitched.

Ali reportedly revealed she was engaged during the taping of the reunion show last week. And after filming wrapped, costar Tahiry Jose posted the photos below of herself and Rashidah’s besties helping her try on wedding dresses. She tweeted, “@rahali is getting married!!! Time to dress shop!!!” 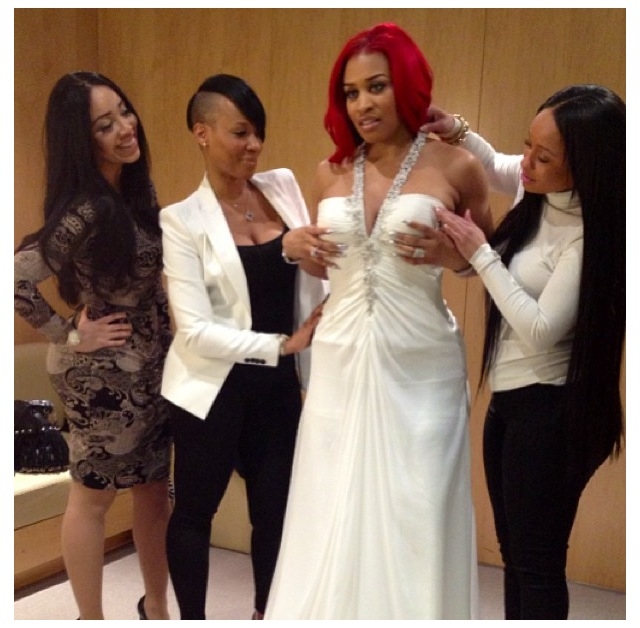 Only the shoe consultant and entrepreneur’s friends and family know who her husband-to-be is. 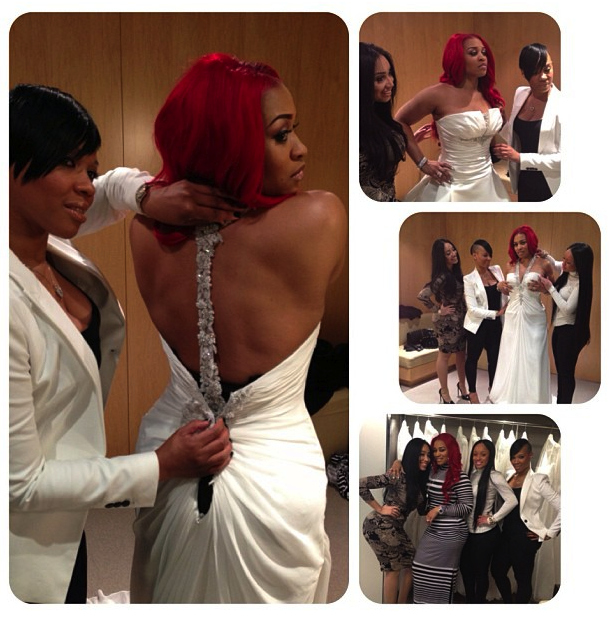 Ali recently revealed, “You WON’T see photos of him all over my Instagram…..I’ll NEVER screen shot our messages…..No overly gushy tweets when were happy and no emotional ones when were mad…I don’t care if they NEVER seen him or know his name but understand when you do see him………….That’s ME! Happy G-Day Baby and THANK YOU!”

Hopefully Rashidah she will make it down the aisle with her boo. Smith is forced to wait for the outcome of Harris’ trail for drug trafficking. If convicted he faces 20 years in federal prison.