Dixon has been showing off her new boyfriend, O’Shea Russell, on Instagram. The happy couple has been posting numerous photos on the social media site. Russell a model, is a proud father of three kids. He’s has been leaving plenty of doting messages to the reality star under photos of them kissing and canoodling.

Russell said, “Basically… @msericadixon thanks for always being there for me when I needed it most, you are truly a blessing to me and I can only hope that GOD continues to bless you in all that you do.” 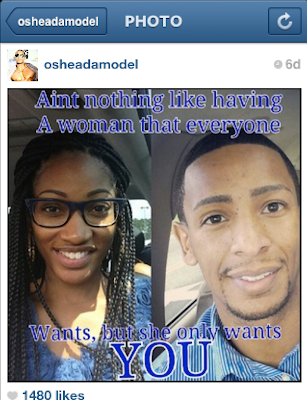 Russell posted the photo below with the caption: “A picture’s worth a thousand words @msericadixon …#GIVEMEONE.” 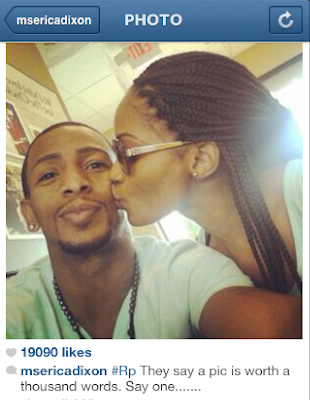 Shay Johnson Says Erica Dixon Was Pregnant By Married Man, Reveals New Boyfriend [Video]
Meanwhile, Lil Scrappy admitted that he lied about Dixon getting pregnant by a married man.
“It got a little heated and you know Erica said some things about me that was kinda negative and wasn’t right,” Lil Scrappy told VLADTV. “So you know, I was just acting out in the heat of things you know what I’m saying? Just going HAM, just going cold f-cking turkey. Not that it was right for her to say anything, but it wasn’t right for me to answer back with that.”
Lil Scrappy continued, “She wasn’t never messing with no married guy and I know she was never pregnant by nobody. I would have been stopped messing with her. For real, like it would have never gone this long. I would have been said something you feel me? But um, I just want to tone that down because that is a lie.”
Check out more photos of Dixon and Russell below.