Love & Hip Hop Atlanta’s Lil Scrappy and Erica Dixon are at odds on the show because of child support.

Lil Scrappy wants Erica to stop his child support payments, but she has reservations because he’s allegedly delinquent on payments. The couple is no longer together so that’s also adding more fuel to the fire.

But that show was filmed weeks ago and things are much different now. Erica revealed to her Twitter followers that she took Lil Scrappy off child support.

Read Erica’s tweets from the bottom up below: 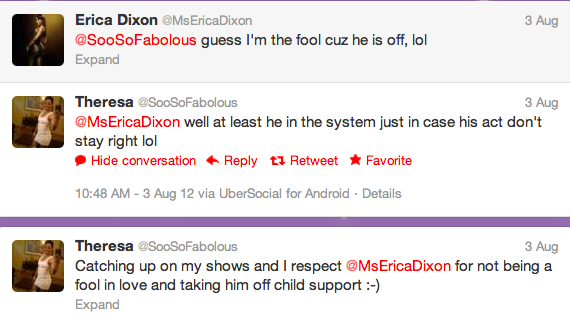 There are reports that Scrappy proposed to Erica during the reunion show. Many suspect it’s just a storyline to build momentum for next season.