Love & Hip Hop Atlanta stars Erica Dixon and Lil Scrappy are having a major dispute over child support in the latest episode of the show.

After Scrappy and Dixon decide to end their relationship, the Atlanta rapper asked her to take him off child support. Erica told him no because he had not be providing for their daughter on a regular basis. She revealed that Scrappy hadn’t paid child support in five years.

Since the episode aired Scrappy has been taking heat as being a dead beat dad. He vented his frustration about the show on Twitter. He tweeted:

“I know y’all feel one way but I feel another u don’t know wut go on behind the  cam, “Man just for that lying an actin on #LHHATL again I’m def gone drop the  bomb on the reunion about this. I done always took care of mine. Aint nobody  walkinn out squeeky baby an(d) I can’t wait til yall knw, yean gne slander me  like I aint been the one providing. 1rst off we had an agreement so I dnt have  them folks n my business not cus I wasn’t takin care of them but belee (believe)  wut u want.” 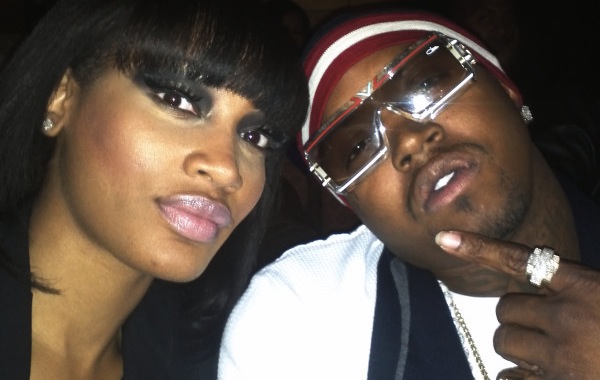 Scrappy even addressed his haters, he tweeted:

“To all the haters clogging up my time line,yall dnt knw shit about me an my kids  I take care of her an her mom since b4 the tv show that uc. An also thank u God  for these haters that watch my life like a ring announcer like they knw wut it  is bless them bustaz. An then I wonder if yall gone b talkin different after the  #reunion cus I’m pullen out proof ya dig an imma show yall da real  #WitYoFaceAss. An yall wonder y me an her aint together cus od shit like this  aint even got on here n kept it G cus she knw an at the #reunion yall gne knw.  Aint even tellen yall that I dne took care of her since forever but its coo  paper work dnt lie but tv do. Any man or female that take care of their kids n  somebody try an act as if it diff or they workin all hard cus u aint their ur  gne b pissed.”

Meanwhile, Erica seems to have moved on with her life. She has a new boyfriend. Erica posted the photo below with the caption: “My Ride Or Die.”

Erica, later, deleted her Twitter because of all the child support drams.