The reality star has been dragged through the mud because of her feisty behavior, and she wants the world know what she thinks about the criticism. K.Michelle, who recently signed a record deal with Warner Bros, inked ‘leave me alone’ on the back of her neck.

Michelle posted the photo below with the caption:”LEAVE ME ALONE!!!! It’s my body I tatt her up!” Check it out below. 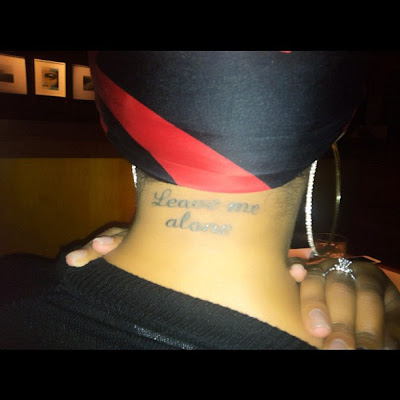