Many people wondered how the Los Angeles Clippers would respond to their team owner Donald Sterling’s alleged racist comments.

Although the team decided to play in Game 4 of their Western Conference playoffs against the Golden State Warriors, the Clippers took the court as a team and had their own silent protest on Sunday.

The Clippers wore their pregame warmup uniforms inside out and dumped their shooting jackets on the floor in a pile at center court at Oracle Arena. They did not display the Clippers name or logo. 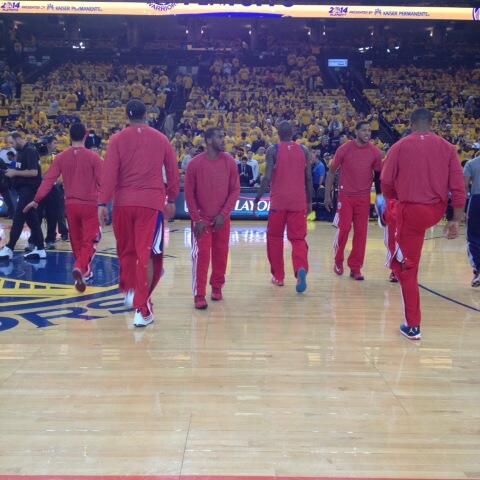 The Clippers emerged from the tunnel, huddled together in center court, and proceeded to remove their jackets in unison. They were left in a pile until the team was finished warming up.

During the game, players wore black arm or wrist bands and black socks.

During a 45-minute team meeting on Saturday, Clippers players voiced their anger about the tape and discussed various options of protest, including boycotting the game.

Sterling was not in attendance at the game, but his wife Shelly was there and sat courtside.