Lolo Jones Takes Shot At Rihanna, Gets Clowned For It

If Jones is not on the track or on the bobsled course, she’s busy stirring up drama on social media. And now that she’s in the off-season for both sports, she’s taken aim at a celebrity.

For whatever reason, Jones decided to blast Rihanna on Twitter Thursday night. After it was announced Drake would be hosting the ESPY Awards in July, she managed to get the ultimate dig at Rihanna.

Although Rihanna has dated Los Angeles Dodgers’ Matt Kemp and was rumored to have dated New York Knicks’ J.R. Smith and Los Angeles Lakers Andrew Bynum, the tweet was a low blow.

Rihanna has not responded to Jones’ comment, but the Navy took up the slack. RiRi’s fans made sure they drug Jones for dear life. Check out some of the comments below. 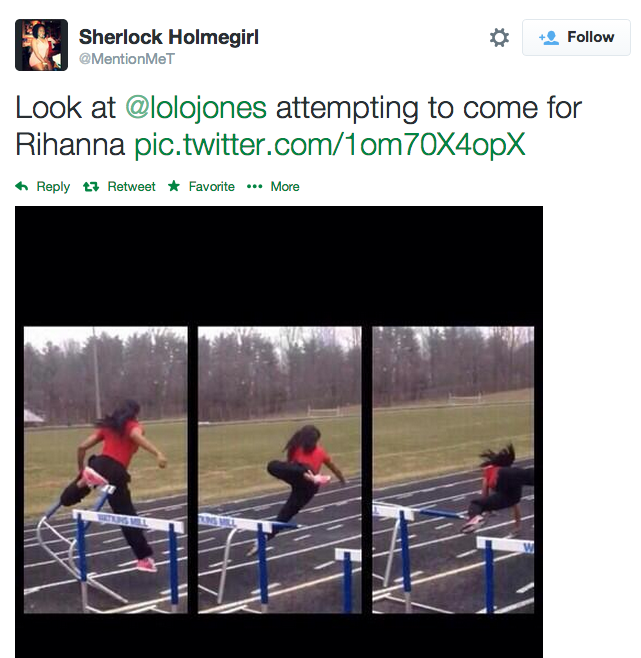 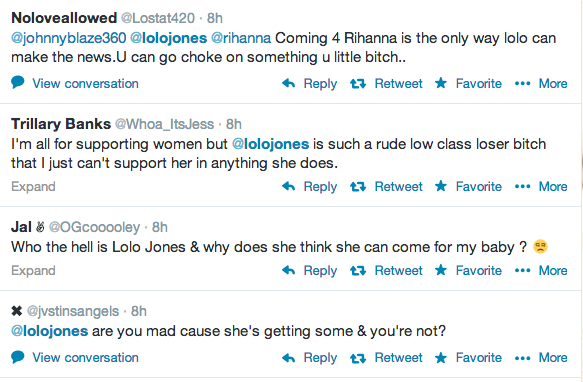 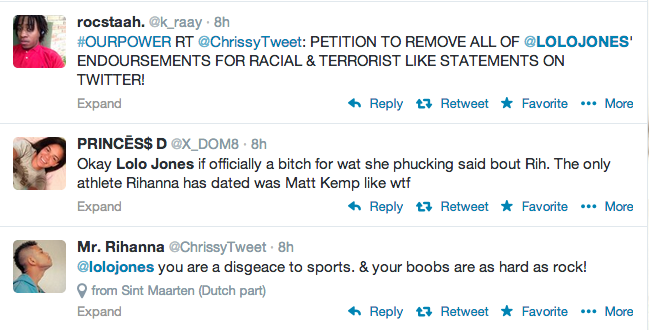 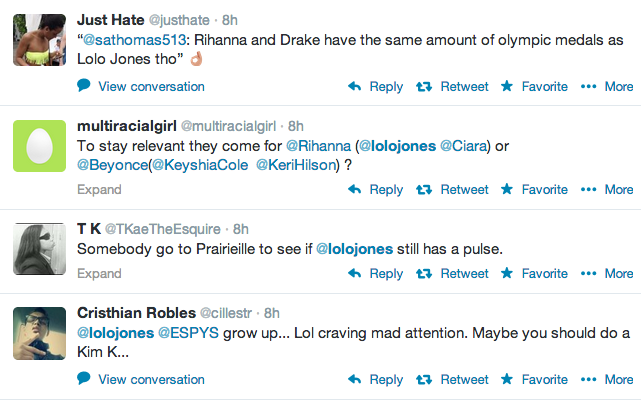 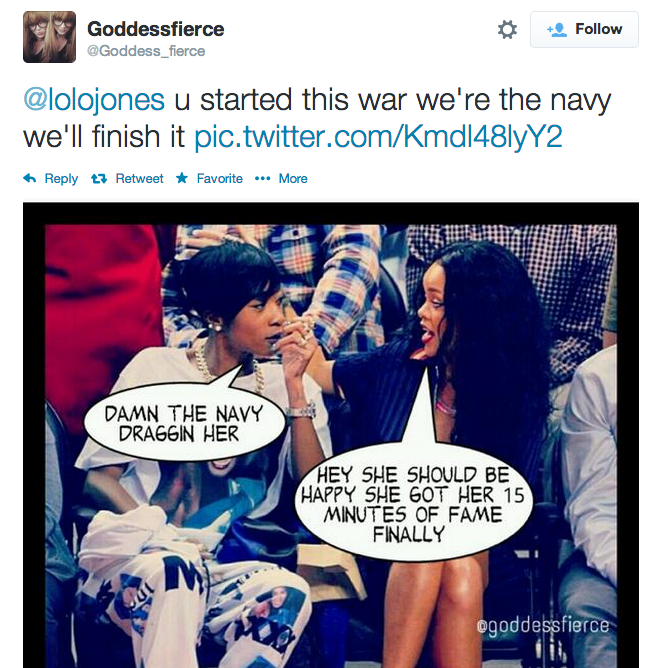