Lil Wayne announced to the world that he had enough with his label Cash Money.

But Weezy’s manager Cortez Bryant claims everything is A-OK.

Wayne went on Twitter on Thursday and said he wanted off the label, and that his album Tha Carter V won’t be released because Birdman and Cash Money refused to put it out. Although he revealed the shocking news, the New Orleans native knew it wouldn’t be that easy to leave the company. 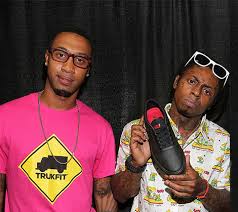 TMZ caught up with his manager outside a club in West Hollywood on Thursday night and Bryant acted like everything was fine.

When asked about Tyga, who has also denounced YMCMB, he said, “Tyga’s good too. That’s my brother.”

According to Bryant, Weezy has no plans to leave the label. “We good, we staying where we at.” Watch Bryant in his own words below.