Lil Wayne shocked the world when he publicly announced that he doesn’t want anything to do with Cash Money Records.

Yes, you read that correctly, Lil Tunechi wants out of his contract with Birdman and Slim’s label. In a series of tweets on Thursday, Weezy revealed that his long-awaited album Tha Carter V, which was due December 9 won’t be released because Birdman and Cash Money refuse to put it out.

Wayne claims that he’s been a “prisoner” and apologized to his fans for making them wait. Read his shocking tweets below. 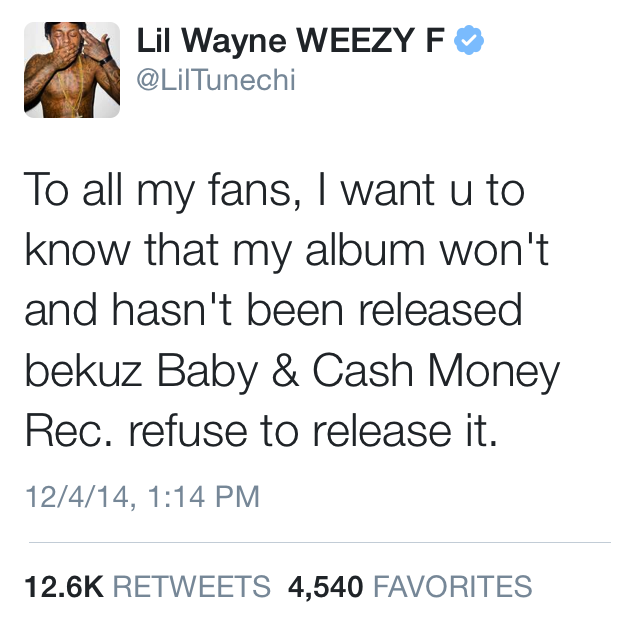 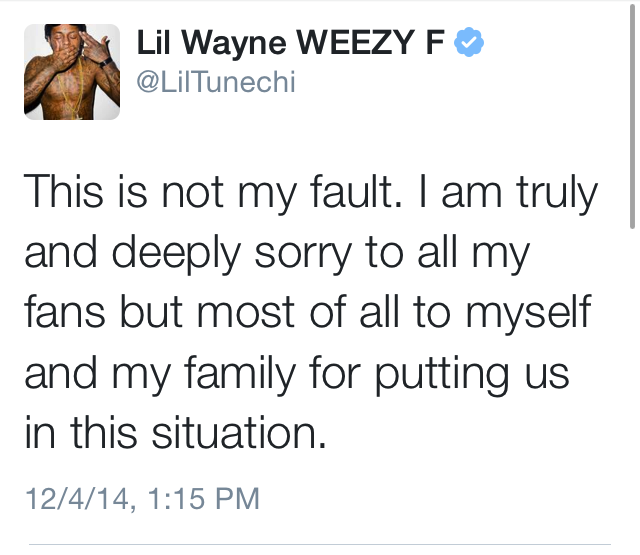 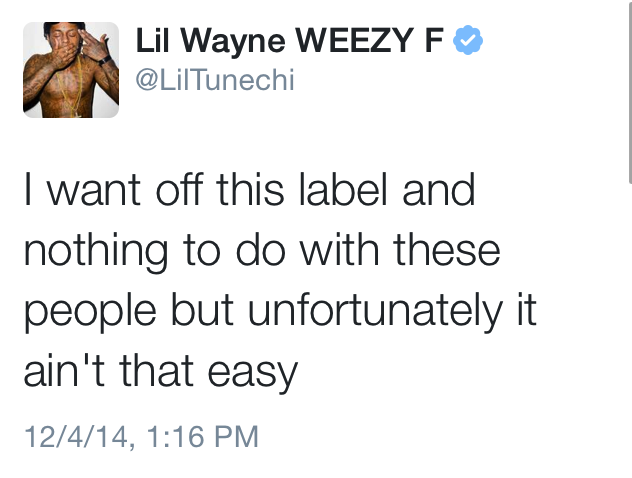 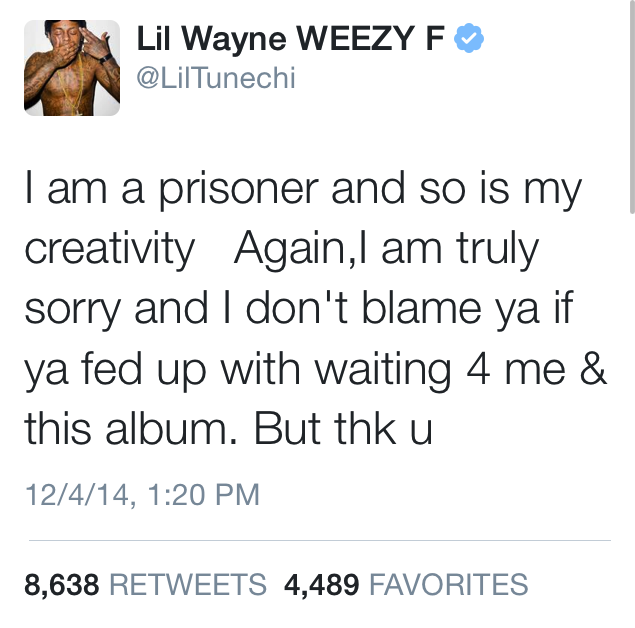 Pusha T saw Weezy’s tweets and told him to jump ship and join G.O.O.D. Music. Read his tweets below.

Tyga, Busta Rhymes, and Mystikal have also publicly declared that they want off Cash Money’s label. So it didn’t take long for Tyga to respond to Weezy’s tweets.