Lil Wayne Says He Could Have Died From Last Seizure, Blames Epilepsy! [Audio]

Lil Wayne is finally addressing the rumors of what really caused his seizures.

Weezy denied rumors that his multiple hospital stays had to do with drugs, but because he’s epileptic. Epilepsy can be an acute (new) or chronic (longstanding) disruption of signals in the brain that results in controlled or uncontrolled convulsions (seizure activity).

Lil Tunechi has been hospitalized for recurrent seizures at least four times in the past six months. His most recent health scare landed him in ICU for five days. It was rumored that he overdosed on Promethazine/Codeine prescription cough syrup, which is also known as sizzurp or purple drank. This drug can also cause epileptic seizures.

“The bad news is I’m an epileptic, I’m prone to seizures,” Wayne told Los Angeles radio station Power 106 on Thursday. “Like, this isn’t my first, second, third, fourth, fifth, sixth, seventh seizure. I’ve had a bunch of seizures, y’all just never hear about them. But this time it got real bad ’cause I had three of them in a row and on the third one, my heart rate went down to like 30 percent. Basically, I could’ve died, so that is why it was so serious. But the reason being for the seizures is just plain stress, no rest, overworking myself.” 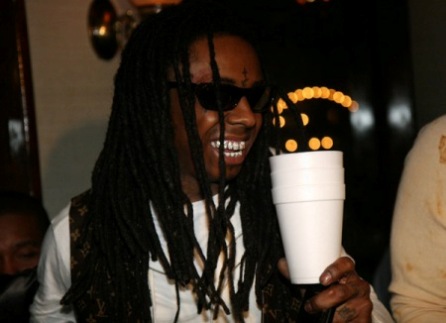 With Wayne about to embark on a grueling 40-city tour with rappers T.I. and Future, many are questioning if Weezy’s ongoing health problems will affect his performances. If Wayne has epilepsy and still drinking codeine it will surely affect his tour schedule.

Hopefully, his last stint in the hospital was a wake up call and he’s drank is last cup of sizzurp.

Listen to Wayne’s interview below. He talks about his health around 8:00 minute mark.