Lil Wayne is finally opening up about his relationship with Birdman.

In an interview with Rolling Stone, Weezy talked about his highly publicized fallout with Birdman and why he’s suing him for $51 million.. The Young Money CEO admits that the two are no longer on speaking terms.

“I have no words,” Wayne said about speaking to Birdman. “I’m super-numb to it, to tell you the truth.”

Wayne announced on social media in December that he wanted out of his contract.

“I am a prisoner,” but when asked about that tweet, he tries to play it off as a sex joke. “I love being a prisoner in some pussy. That’s what I meant.”

Although he doesn’t own up to his tweet, Wayne admits that the lawsuit has taken a toll on him.

Wayne finished recording Tha Carter V a while ago, but a release date still looms.

“It’s super-done,” Wayne said. “Cake baked, icing on top, name on top, candles lit. I would have released it yesterday if I could. But it’s a dead subject right now. It’s a jewel in the safe. It’s that stash-house money.” 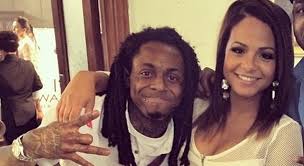 Lil Tunechi is also working on another album , The Free Weezy Album, which is due in March. He’s been logging 12-hour studio sessions.

“I’m working on it every day, man,” he says. “I guarantee it’s going to be something dope. If you don’t want a musician being creative, don’t get The Free Weezy Album.”

“I’ve thought about it,” he says. “But for a person like me that bleeds, eats, sleeps, and shits music, it’s hard to do.”

Wayne hopes to spend most of the year on tour, do some recording overseas and have more kids.

“When I go home, I want my actual house to be a vacation,” he says. “And I might give y’all three new kids from four different women. You know how I do it.”