Talk show host Wendy Williams rubbed Lil Kim the wrong way with her harsh comments, and now the rapper is out for blood.

The feud began after Tuesday’s episode of the Wendy Williams Show. After Kim spent a few days ranting about blogs and paparazzi altering her photos to make her look different, Williams decided to give Lil Kim a reality check.

During Williams’ segment of Hot Topics, the talk show host told Kim to blame her plastic surgeon, not the paparazzi.

“Do you want to talk about Lil Kim and that face of hers?,” Williams asked her audience. “Lil Kim has been making headlines because of her dramatic new look. It’s not necessarily a new look, it’s been over a course of maybe the last decade. She’s just been getting stuff it looks like done, done, filled, filled — it’s pulled so tight now Kim it looks like a pin would just pop ya.

Kim is claiming that the blogs have been altering her pictures and have been sabotaging her image for years. Let me just say I agree with Kim on this particular one and then I will dial it back and tell you what I really  think.

Kim, in my mind I knew your goal was to always look like LaToya Jackson. You’ve out-LaToyaed LaToya in your new look. Don’t blame photoshopping, blame your plastic surgeon girl.”

Lil Kim saw the segment and didn’t like what she heard. She decided to give Williams a piece of her mind on Twitter. 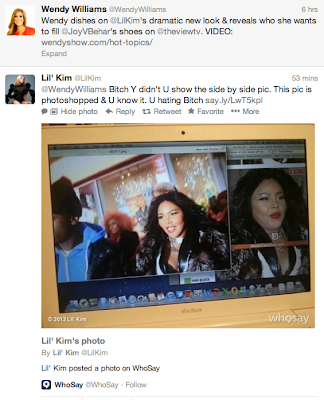 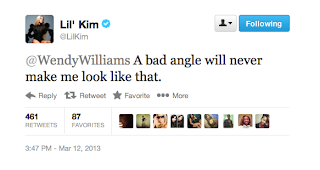 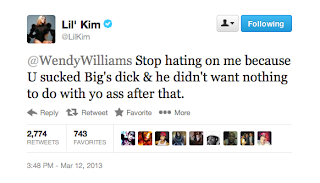 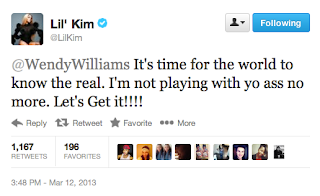 Lil Kim gave Williams a dose of her own medicine. Before being a syndicated talk show host, Williams used to expose salacious celebrity gossip on her radio show.

Watch Wendy go in on Lil Kim below.