Lil Kim is slowly making her way back into the rap game.

But she looks completely different from when she was the reigning queen of hip hop in the late 90s and early 2000. Lil Kim reportedly had a few plastic surgery procedures. She’s rumored to have had a nose job and cheek implants amongst other things.

The Queen Bee has received plenty of flack for it. But that hasn’t stopped her grind. Lil Kim performed at London’s The O2 on Friday as she prepares to release a new mixtape entitled Hardcore 2K13 next week.

And let’s just say, Kim’s outfit didn’t do her any justice. She wore a leather two piece short set but her shorts were a little to small. There was ‘camel toe’ everywhere. Check out a few photos below.

After the photos went viral, Twitter had plenty to say about Lil Kim’s look. Check out a few tweets below.

Check out what Lil Kim looked like back in the day. 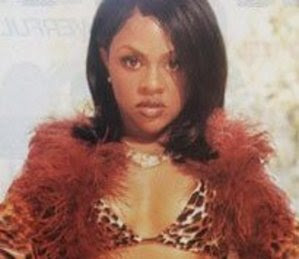 Watch footage of Lil Kim’s performance below.
Photos via YBF and Bossip