Lauryn Hill is fresh off a three-month prison sentence, and she is showing her appreciation to her fans.

Days after being released, Hill has penned a ‘letter of recognition’ to her supporters. In a handwritten note, which she posted on her blog and later deleted, she thanks everyone who sent her letters, packages, and books while serving time behind bars for tax evasion.

“Know that many of your letters not only touched me, but continued to confirm for me what I already knew but needed to hear again: that sincere expression has a serious purpose,” Hill wrote. “If one of you had been touched, picked up, encouraged, or prevented from succumbing from some measure of social or spiritual decline, then it was worth it.” 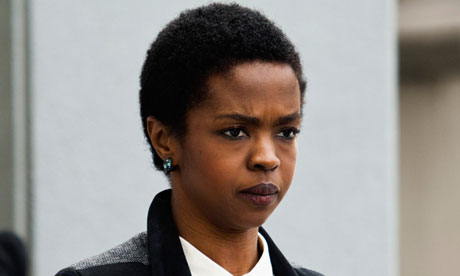 A day before her release, she debuted a new song called Consumerism, which is inspired by her recent experiences. According to TMZ, the 38-year old wants to go on tour from Nov. 15 through Dec. 31. A judge has reportedly granted her request, but she must approve the itinerary with her probation officer.

Photos via The Guardian and Singersroom.com