Scottie Pippen’s estranged wife doesn’t appear to be upset over the split.

Larsa Pippen was spotted at the Miami mansion rapper Future is staying at. The pair’s social media revealed their whereabouts, according to The Shade Room.

It began when Larsa posted a photo on Instagram of herself lying beside a pool. Future’s fans were quick to notice that the design of the pool and the pot plants that surrounded were identical to the pool which the rapper had Snapchatted the previous evening. 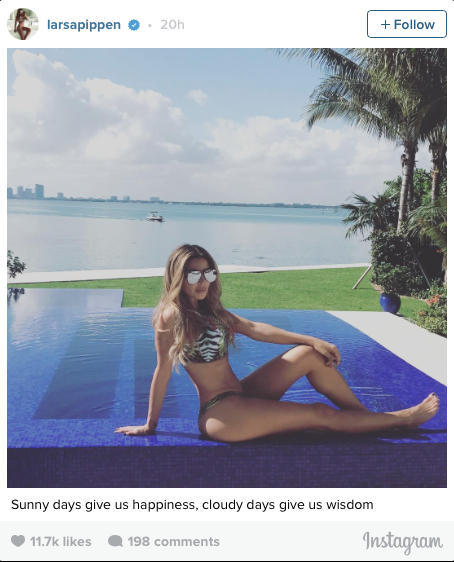 When people commented on Larsa’s picture about it being the same pool and accusing her of cheating on her husband, the 42-year-old fired back. As the comments continued to pour in, Larsa opted to shut down the comments section and delete all the previous posts. Many Instagram users then turned to her previous picture to make their comments. 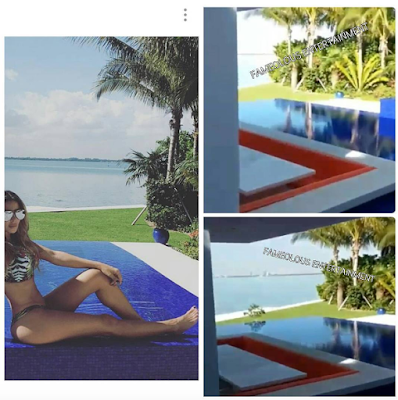 In a snap taken Tuesday, Larsa posed in a bathroom with the caption, ‘Waiting patiently.’ She posted the picture just hours before Future touched down in Miami where he is filming a music video on Wednesday night.

Scottie filed divorce from Larsa in October after 20 years of marriage. It’s rumored the NBA legend filed divorce after he found out she was allegedly cheating with Future. Larsa and Future said they were just friends.