Real Housewives of Atlanta star Porsha Stewart and her estranged husband Kordell Stewart are in the midst of a nasty divorce.

Porsha ignited the ugliness when she said Kordell was locking her out of their shared home. She claims in court documents that another woman stays over.

But the former Pittsburgh Steeler quarterback said he only locks the house for security reasons and that the other woman is a nanny he was forced to hire since Porsha has failed to carry out her “duties.”

Say What: Did Kordell Stewart Hit on a Male Usher at Philips Arena? 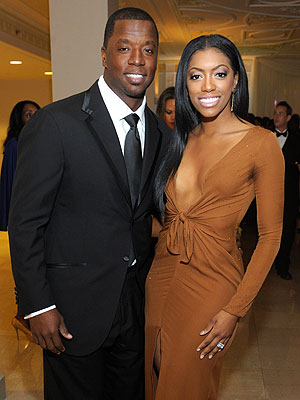 Now Kordell has filed new court documents that claims his estranged wife stays out late partying and neglects her stepson, TMZ reports. Kordell, who is father to son Syre with ex-girlfriend Tania Richardson, said Porsha leaves home for several days straight and sometimes comes in between 2 a.m. and 4 smelling like alcohol.

Kordell is asking the court that Williams be denied temporary support because she is a ‘celebrity’ that is making plenty of money. Kordell filed for divorce from Porsha last month after less than two years of marriage.

Real Housewives of Atlanta: Porsha Stewart Used to Shake Her Ass in Videos!

Porsha claims she was ‘blindsided’ by the filings and has been leaning on the support of her friends, family and fans.