Kobe Bryant Divorce: Vanessa Bryant Gets to Keep the Mansion, Kobe Moves Out

Its been a rough week for Kobe Bryant.

The Chris Paul trade didn’t go through, the Los Angeles Lakers traded his good friend Lamar Odom and now his wife Vanessa of over 10 years has filed for divorce. And to make matters worse, he’s homeless. Well, not literally.

Kobe has moved out of his $4 million dollar Newport Coast mansion he shared with Vanessa, TMZ reports. The couple have already come to a financial settlement and Vanessa gets the mansion. Kobe, who has allegedly been staying at a Newport Hotel for the last two months, purchased the massive Orange County estate in 2001.

The couple had no prenup so Vanessa is entitled to a 50/50 split under the community property laws in California. Kobe is reportedly worth $150 million, which includes real estate holdings, stock, cash and other assets.

Kobe allegedly sent the woman to live in Italy for a year. The woman returned to the states and allegedly sent Kobe paternity papers after a game in February. There’s no word on if the baby was his.

The couple released a statement through their publicist: “The Bryants have resolved all issues incident to their divorce privately with the assistance of counsel and a Judgment dissolving their marital status will be entered in 2012.  We ask that in the interest of our young children and in light of the upcoming holiday season the public respect our privacy during this most difficult time.”

Check out a few pictures of the couple’s home. 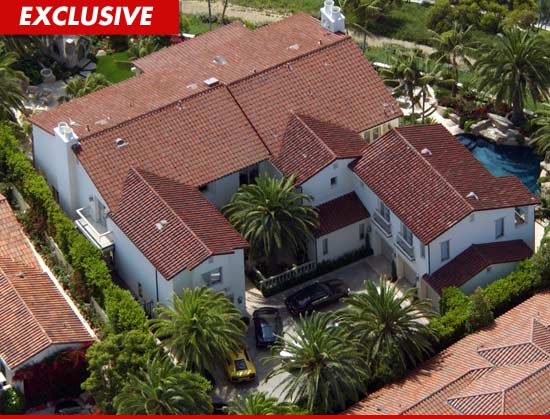