Love & Hip Hop Atlanta star Kirk Frost not only ruined his marriage with his wife Rasheeda, but he also managed to ruin a friendship between his jump off and her friend.

After Monday night’s episode where Frost was filmed kissing and cuddling Alexis ‘Mary Jane’ Miller last month, Frost has been taking plenty of heat on social media websites because of his cheating ways.

And ever since the episode aired, you can’t pay Mary Jane to be quiet. She’s been on Twitter nonstop and she recently visited The Bigg Tigger Show on Atlanta’s V103 radio station to talk about the hook up.

But things took a turn for the worse during the interview when former Basketball Wives star Bambi called into the show. Bambi, who was kissing Benzino in the hot tub, was responsible for bringing the women to the cabin.

Apparently, Bambi didn’t like the events that transpired and she called in to the show and said Mary Jane was a whore. She also apologized to Rasheeda.

“I came to bring the fun girls to the party, but it went a little bit too left field, it went too far and it got a little out of control,” Bambi told Tigger. “Which it should have never gone there but when you bring hoes around you never know what time it is.” Mary Jane didn’t seem fazed by Bambi’s comments. She simply unleashed a bombshell of her own. Mary Jane revealed that Bambi used to ‘mess around’ with Lil Scrappy. 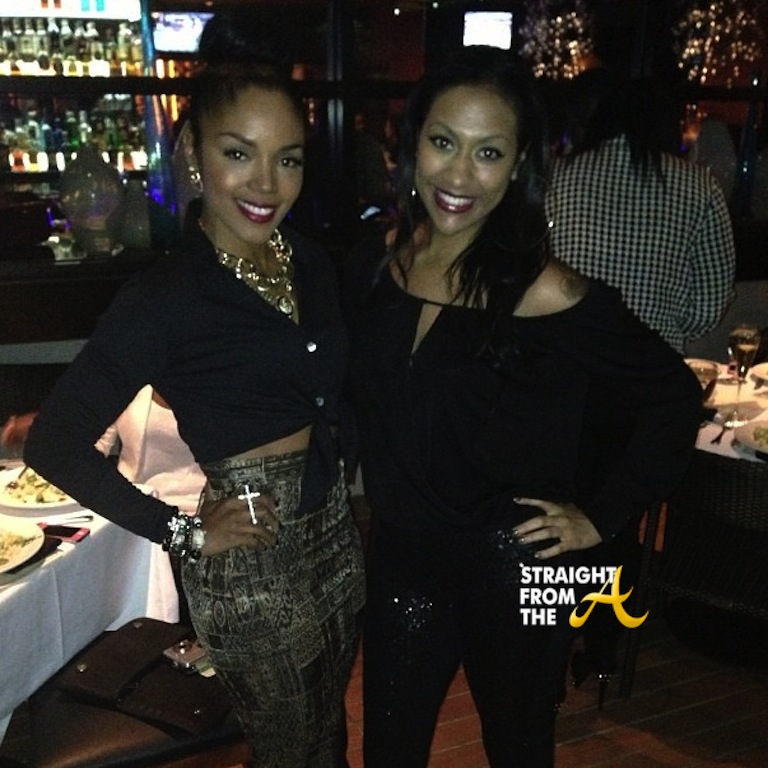 Rasheeda and Mary Jane are not strangers either. The two have posed for photos together and hung out at various events around Atlanta.

Watch the interview below. Bambi calls in at the 12:00 minute mark.