Real Housewives of Atlanta newbie Kim Fields has had her fair share of drama on the show.

The drama that sticks out the most was that she had to defend her husband against gay rumors. Fields and Christopher Morgan, her husband of nearly a decade, had to set fellow castmate Kenya Moore straight.

Moore announced to the cast that Field’s husband is reportedly gay. Both Fields and Morgan denied those rumors. But one of Porsha’s friends has come forward with his own tea. 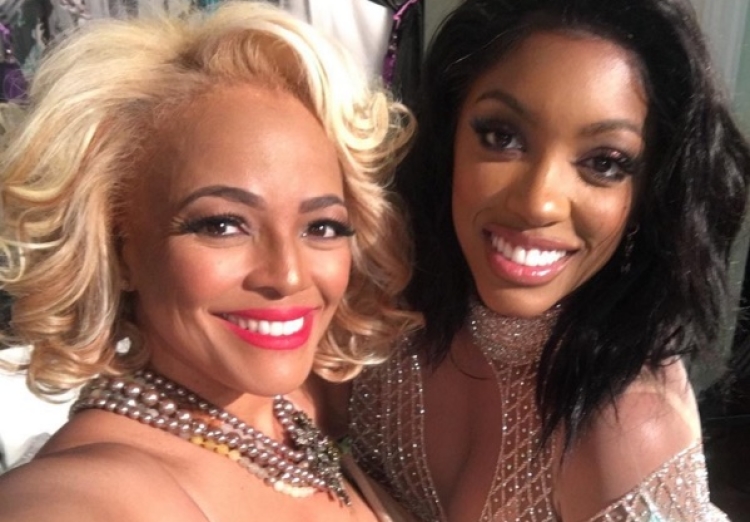 On a post that has since been deleted, Instagram user Johnnie D, a man Porsha has expressed her love for on social media, claims Chris has been cheating on his wife with an assortment of men.

All About the Tea caught the scorching hot exchange between Johnnie Porsha’s bff Johnnie D and Morgan before it was deleted. 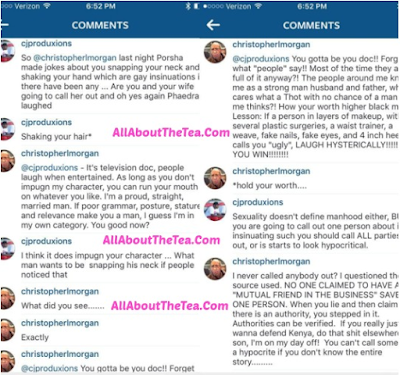 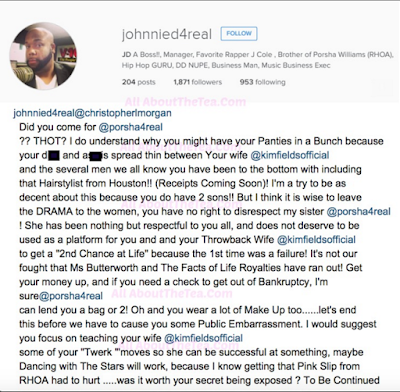 While Johnnie doesn’t provide any proof for the accusations about Morgan’s infidelity, he says he’ll have “receipts coming soon” to show the world he’s not bluffing.

The gay rumors aren’t the only thing Johnnie claims to have insider knowledge of. He also claims that Fields and Morgan have already been let go from the Atlanta franchise after just one season on the show.