It appears the rift between Real Housewives of Atlanta star Kim Zolciak and her mother Karen Zolciak is ongoing.

According to court documents, Karen, 55, said she “spent time with the girls on a regular basis since they were born,” and claims the sisters “have spent a lot of time at our house cooking, baking, doing crafts, having sleepovers, playing with our dogs, making hot fudge sundaes, eating ‘poppy’ burgers.” 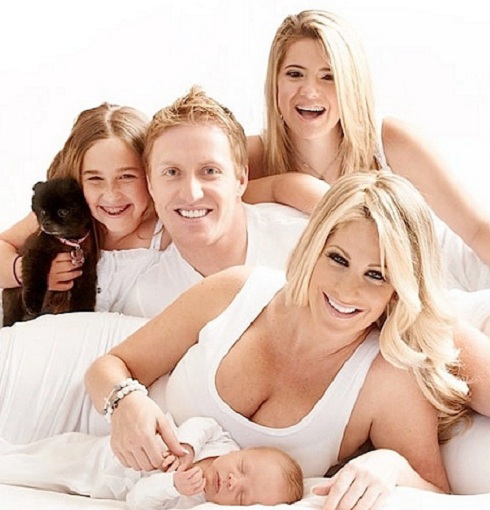 However, since Kim married NFL player Kroy Biermann on November 11, 2011, her visitation with her grandchildren has been limited. Karen feels Ariana and Brielle “live such a crappy, abnormal life being on TV—they need a normal haven to relax and unwind and just be kids.” She said that the children “usually don’t want to leave when they come over because it’s so calm and comfortable at our house,” but that Kim “won’t let them come over.”

Karen also believes that she was portrayed in a negative way on Don’t Be Tardy for the Wedding because Bravo “needed drama.”

“They had me taken out of their wedding reception by the Roswell police,” she said. “My sister Leslie & I used the bathroom in their house instead of the Porta Potty, even though family members had been allowed to use the indoor bathroom all night until then. Kim & Kroy haven’t spoken to us since then.”