Kim Kardashian and Kanye West had the paparazzi going crazy on Friday when the couple was spotted at the grand opening of the DASH store in West Hollywood.

The celebrity couple attended the event with Khloe Kardashian Odom and Kris Jennier on Friday. Kourtney didn’t attend the event after giving birth to her baby girl, Penelope Scotland Disick, on July 8.

The Kardashians decided to relocate their Calabasas store to Hollywood  in an effort to get more customers. The familia also has retail stores in New York and Miami. Loads of fans were there to get a glimpse of the Kardashians on the popular Melrose strip.

Kim flaunted her curves in a $1,057 navy Givenchy dress and $1,295 Christian Louboutin Lipsinka Pin-Heeled Python Pumps. This is the same dress that Rihanna wore to her grandmother’s funeral last week. 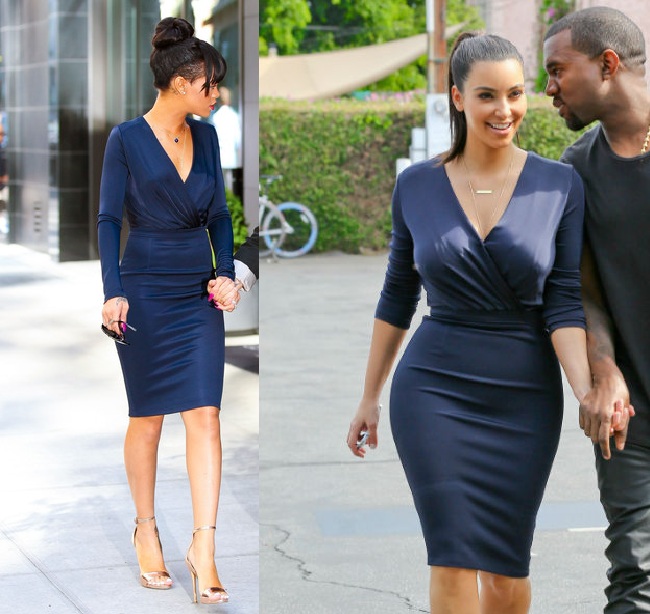 Kanye opted for an all black outfit. Khloe wore a peach shirt and jeans while momager Kris wore a black blazer and ripped jeans.

Meanwhile, as the event seemed to go on with out a problem. Kim had illegally parked her matte black Rolls Royce. According to TMZ, although there were loads of fans and paparazzi outside the store, the parking enforcer still spotted the problem and wrote a citation.