Kim Kardashian Divorce: 5 Reasons Her Marriage Is A Sham

If you can name five people who was actually shocked by the news, than I’ll really be stunned. You would be hard-pressed to find anyone who thought their union was a fairytale one or would last longer than a year. 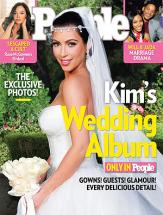 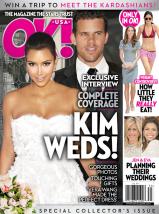 But I was shocked that it lasted only 72 days. I’m guessing she couldn’t, or maybe he couldn’t take it any longer. It was probably more him. Kim loves drama and letting things in her life play out in front of the camera for a paycheck.

But these lovebirds weren’t the only ones to bail on their marriage quickly. Celebs like Eddie Murphy, Jennifer Lopez, Pamela Anderson and Britney Spears have all done it. I think Spears has the record for the shortest marriage in Hollywood. She married Jason Alexander in Las Vegas, only to get it annulled 55 hours later.

Actress Tara Reid and Zack Kehayov also married in August. Now, Reid is claiming the entire thing was bogus and never legal. Kim and Humphries has something in common with this couple. They’re marriage is a sham as well. I have plenty reasons to back up my theory, but I’ve narrowed it down to five.

5. Kim’s sister Khloe hated Humphries. There is plenty of uncomfortable footage between Khloe and Humphries during the E! wedding special. During their engagement party, Khloe wished Humphries an early death. Khloe even said during Part 1 of the episode, “You remind me of a glimpse of Frankenstein.” Ouch! But its true, all he’s missing is the bolts on his forehead.

Video of Khloe and Humphries fighting.

4. Humphries is a nobody. How many of you even knew who he was before Kim started dating him? Exactly. He’s been in the NBA for seven years but he plays for the New Jersey Nets for crying out loud, they suck! Kim’s a big star and he’s just not at the same level of stardom. 3. Kim had to buy her own engagement ring. Humphries salary with the Nets is $3.2 million a year. While its a good salary, how could he afford a 20.5 carat ring worth a reported $2 million. There were also photos that showed Kim wearing the same ring years earlier. 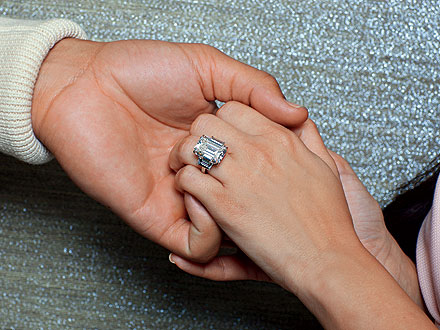 Here’s Kim wearing the same ring when the media thought she was engaged to Reggie Bush in 2008.

2. Humphries wasn’t her first choice. Kim is still in love with NFL running back Reggie Bush. Remember, he broke up with her because he couldn’t handle her reality lifestyle. Bush may still have something for Kim too. He reportedly was dating the woman from the Old Navy commerical, who many believed looked like Kim. Here’s her in the picture below.

Mediatakeout.com reports the Kim and Bush had a lunch date over the weekend. They met up on Saturday afternoon at Bar Massa for sushi. So who knows, Kim may have got rid of Humphries to make room for Bush. We’ll just have to wait and see.

1. They did it for the money. I’m guessing Kris Jenner was behind the entire thing. Jenner probably got into her head that if they beefed up this fairytale courtship it would earn her daughter and the family millions, and she was right! Kim and Humphries reportedly made $15 million from the wedding. Of course, Jenner received her 20 percent.

And there you have it folks. My top five reasons the Kardashian-Humphries wedding was a sham. So don’t be so shocked or upset. Believe me, Kim and Kris are doing just fine and laughing all the way to the bank.