The Keeping Up With the Kardashian star accused YSL of copying her husband Kanye West’s stage lighting during its Fashion Week show. Kardashian went on Instagram Stories to share a snap from the French label’s runway show that took place in Paris on Tuesday.

Kardashian, who is currently in Tokyo, simply wrote ‘Cute YSL’ on top of the photos, which shows a model walking on the catwalk underneath rows of spotlights. 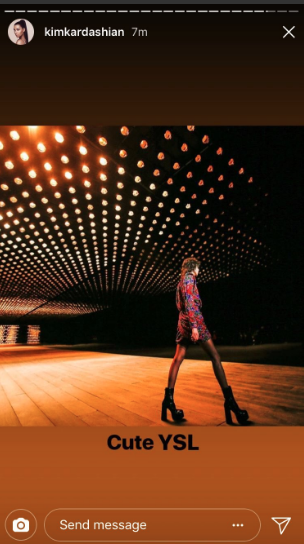 Then Kardashian followed the pics with West on stage with similar lighting. 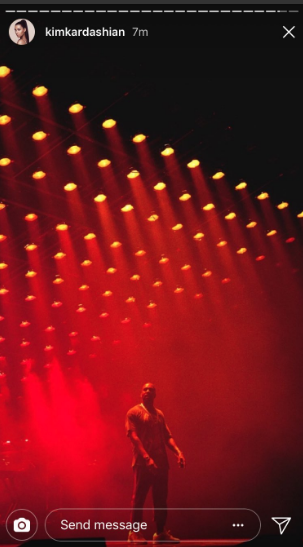 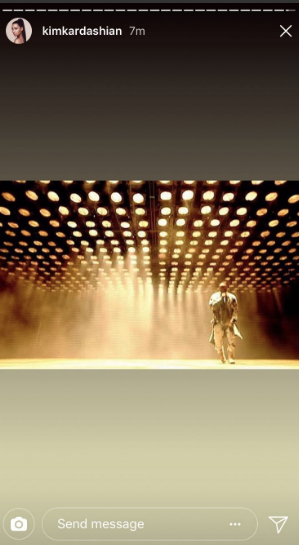 Kardashian didn’t detail her grievances against the designer, but she clearly felt some type of way. Kardashian appears to be focused on the set, arguing the overhead lighting setup is a rip off of West’s tour design.