Keyshia Cole is not backing down from her negative comments she made about Michelle Williams’ performance at the Super Bowl.

After being dragged for dear life by fans of Destiny’s Child for her sly remarks, things appeared to be calming down. Well, that was until Cole made another negative remark during the Grammys Sunday night. 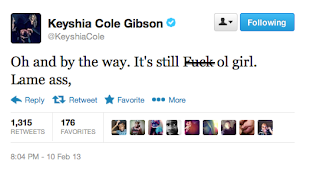 Cole’s feud with Michelle Williams and Destiny’s Child fans began when she tweeted, “F— that s— up then Beyoncé! Bad bitch central #AllGirlEverything” while watching the Super Bowl halftime show.

But Cole didn’t have the same enthusiasm for Williams. She tweeted, “I think I was frightened to blink for a sec. Then Michelle sung and woke my ass up from my daze! She always f—N the groove up.”

After Keyshia Cole’s Negative Criticism, Michelle Williams Urges Ladies to Support Each Other

Those remarks didn’t sit well with Destiny’s Child fans and they bashed her for days for her comments. But apparently she likes the attention. Cole’s latest tweets began the trending topic, #KeyshiaColeOutsidetheGrammys. Check out the hilarious tweets and photos below. 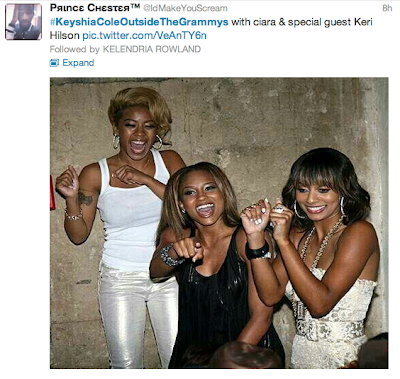 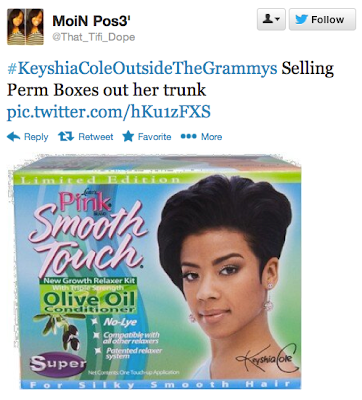 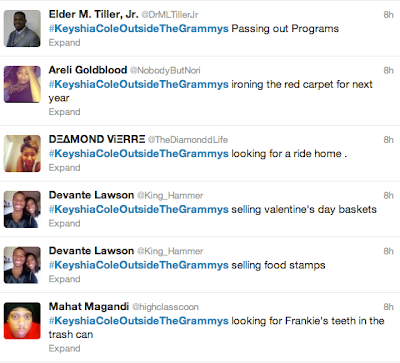 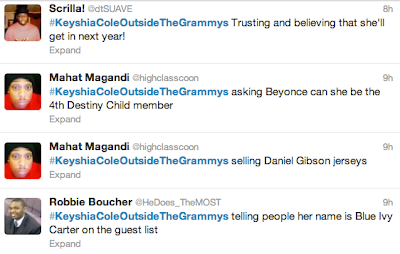 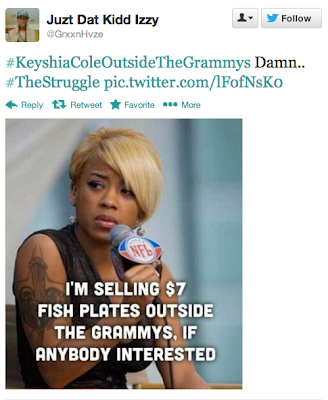