It may be the end of the road for Keyshia Cole and her husband Daniel Gibson.

And its all Gibson’s fault! One week after Booby announced the two were trying to work things out, Cole put her estranged husband on blast for his cheating ways.

On Sunday night, Cole posted screenshots on Instagram of Booby’s text messages to a video model that will be featured in his new music video. Yes, you read that correctly. The former NBA player is trying to be a rapper.

The text messages show Booby repeatedly trying to get with an unidentified woman. Read the texts below and Cole’s response. 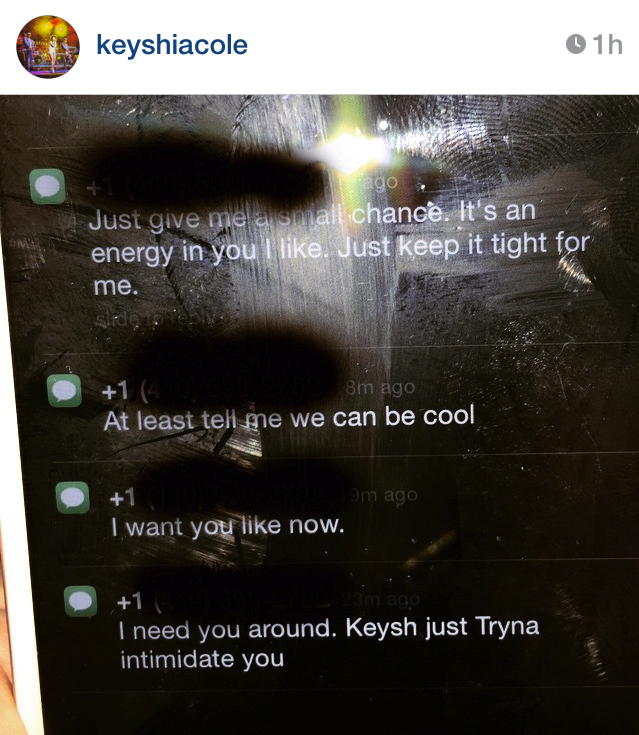 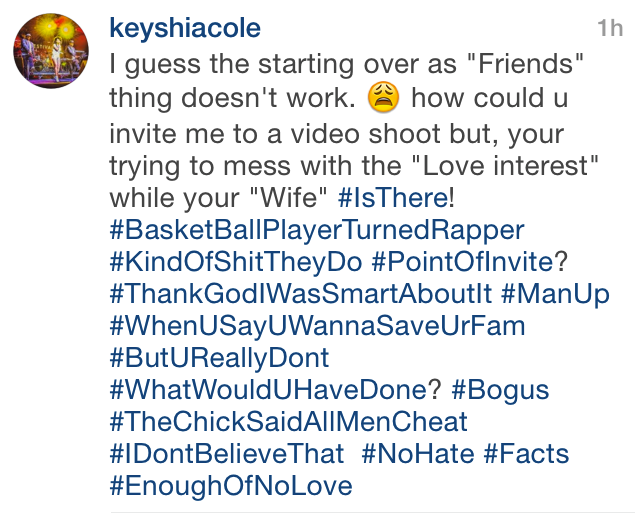 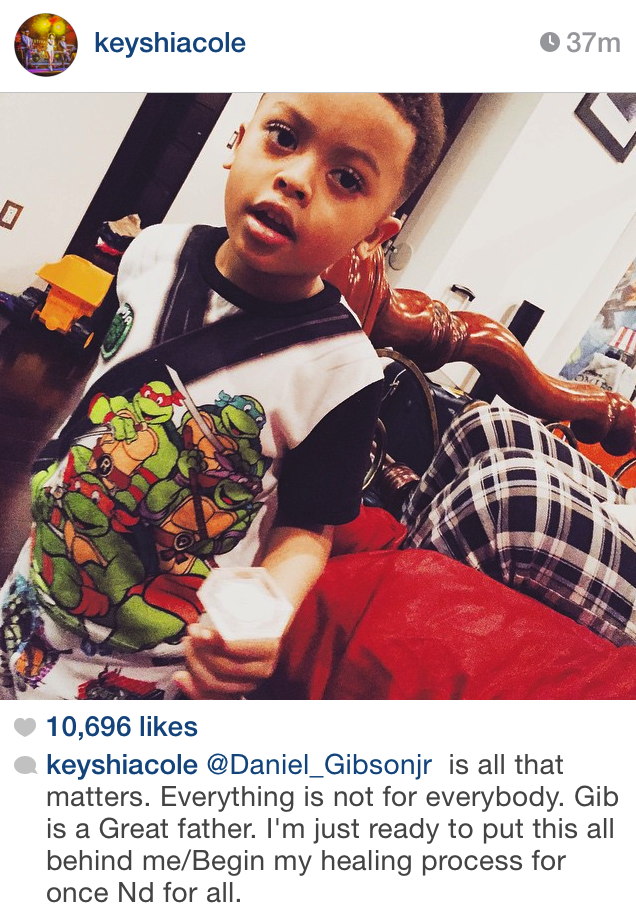 This comes on the heels of Cole and Gibson attending the premiere party of All In together. Well, at least she gave it a shot. There’s no more ‘what ifs.’
Photos via Instagram