Kevin McCall can’t seem to get past abuse allegations from women.

Another woman claims McCall brutally assaulted her on the street in Los Angeles, after she called him out for being disrespectful. The woman, who goes by the username @simply_dominique_j on social media appears to have been an acquaintence of the singer, and shared her story on Instagram, along with pictures.

“I’ve been crying since the moment it happen. I’m home now… depressed. Feeling like a part of my life was stolen. Smh. Smh. I’m soooooo hurt! I feel dead inside. He literally knocked me unconscious and continued to hit beat me until he saw blood… why?? Because he was being disrespectful, calling me bitches and I politely pulled over and asked him to apologize or get out of my car,” the young woman wrote. :What does that get me (yet again)? Beat the fuck up! Like wtf!? 2 lacerations and my front tooth missing! All within an hour! #kevinmccall is definitely paying for this.” 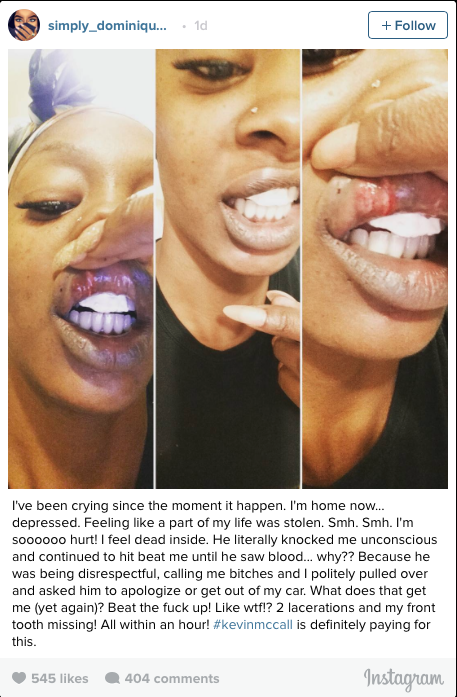 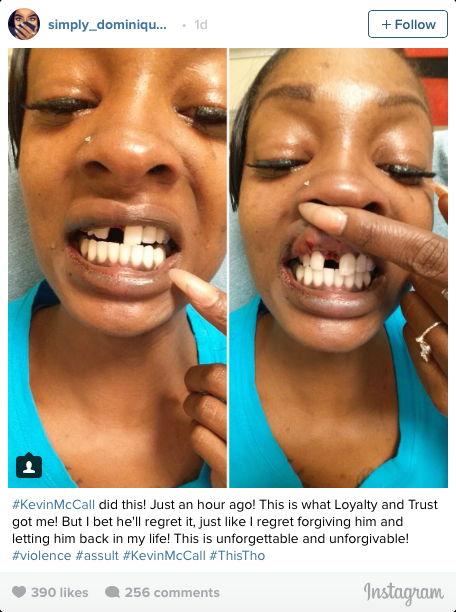 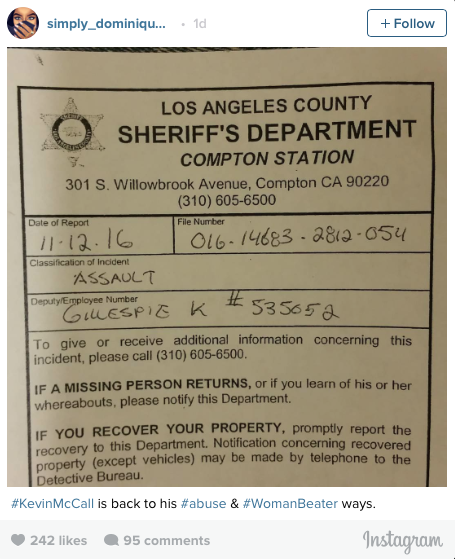 She also shared a picture of herself with McCall just an hour before the alleged incident, as well as a photo of what looks like a police report she filed.

Ironically, McCall appeared on Iyanla: Fix My Life recently to talk about his struggles with domestic violence. McCall’s baby’s mother/ex Eva Marcille previously filed a restraining order against him.