A few months ago, an unidentified source told TerezOwens.com that Washington and Asomugha faked their marriage. Many discarded the report, because they didn’t see what the two had to gain from a fake marriage.

Say What: Is Kerry Washington and Nnamdi Asomugha’s Marriage Fake?!

But the rumors continue to persist. According to Terez Owens, there is no record of a marriage certificate on file for Washington in Idaho, where she claims she married Asomugha in a secret ceremony.

Here’s what we just received,”Here is your hard proof. Obtained directly from the Blaine County Clerk office, as you see it’s a direct screen print of the court’s computer. There is no marriage record of any kind, or public record of any kind, for Kerry Washington or Nnamdi Asomugha in Blaine County, Idaho. No items. That was checked upon well after the needed time to ratify the marriage, something that happens immediately when a valid marriage license is filed to the office.

I held on to this for a very long time because it was not my place to expose people. The games now have gone way too far and I won’t stand for it.” This looks pretty legit. If they were actually married in Idaho like they claim, wouldn’t a record of it pop up? I hope this evidence ends this discussion once and for all.

Check out what a search of both their names in the Idaho database reveals below. 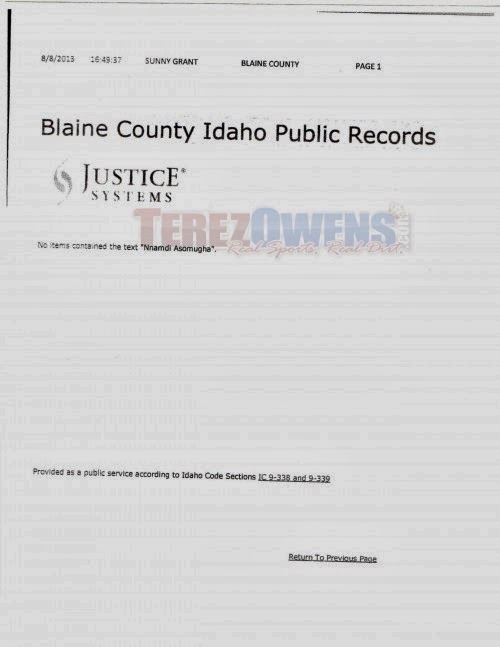 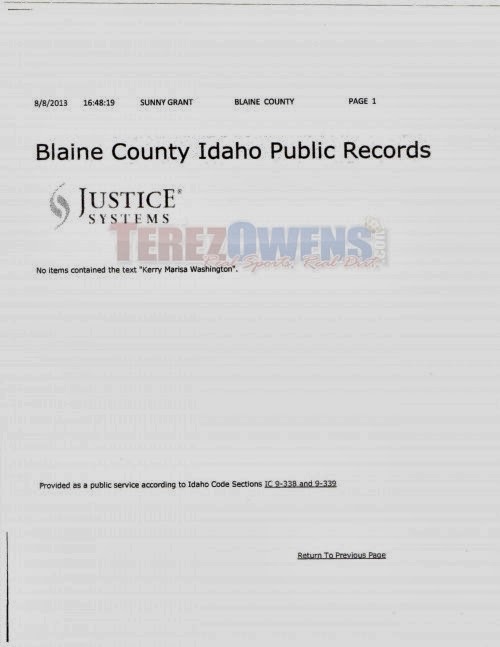 Washington is allegedly a few months pregnant with Asomugha’s baby. Did Washington lie about being married to protect her public image because she knew she was pregnant?

Photos via TerezOwens.com and Eonline.com