After going on Millionaire Matchmaker and hitting it off with her date James Freeman, the reality star was surprised to find out that he is actually a married man. Moore claims he got married a week after the show aired.

“Unfortunately, I just learned today that the man I met and fell in love with from Millionaire Matchmaker was married a week after the show aired.” Read her entire message  and check out photos of James and his wife below. 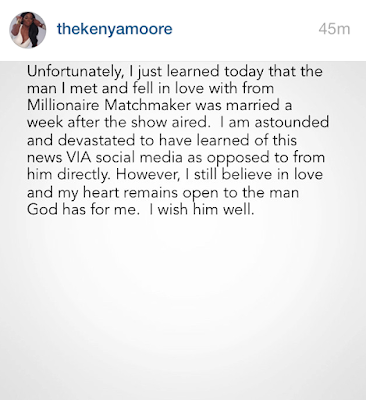 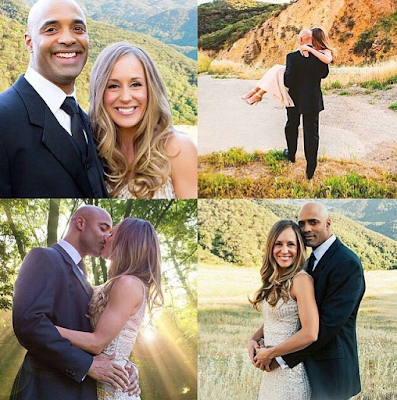 Moore had been publicly revealing to the world that she was happily in a relationship. She even shared a photo of the two on Instagram with the caption: “Sometimes you can spend your whole life looking for Prince Charming when a King arrives.”

The 44-year old even thanked Patti Stanger and Cynthia Bailey for hooking her up with James.

“Thank you @pattistanger and @cynthiabailey10 and my fans for your love and support and desire for my happiness. #matchmaker #KingJames #FriendsFirst #MillionaireMatchmaker.”