There may be a reason why Real Housewives of Atlanta star Kenya Moore wants to keep her ‘African Prince’ a secret.

There are reports that Kenya’s boyfriend is a married man. Kenya was recently spotted walking with her alleged boyfriend at Harvard University on May 4. His name is Tonye Cole, a Nigerian businessman, married to Sylvia Cole with three children, who she has allegedly been dating for almost a year.

Cole is the managing director of Sahara Energy Resource Limited, which he co-founded in 1996.

In 2013, Kenya Moore told news that her “African Prince” is not a prince but an oil tycoon. Tonye Cole is not royalty but is in the oil business. His bio reads that as “The Managing Director of Sahara Energy Resource Limited which he co-founded in 1996 with his friends Tope Shonubi and Ade Odunsi. Sahara Energy started out as an oil and gas company whose core business at the time was the trading of excess fuel oil from the Port Harcourt and Warri refineries.”

Second, Moore in 2013 shared pictures of her visiting her African Prince in Dubai. Cole’s business has offices in Dubai along with Ghana. Cole’s offices are also in Ivory Coast, Senegal, Cameroon, France, Singapore, and Brazil. 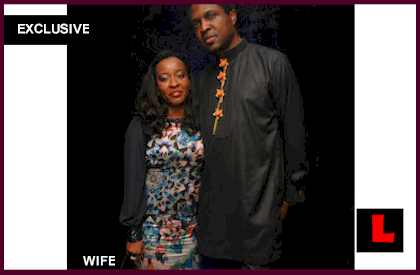 Third, in 2014, Moore suggested to viewers that her boyfriend lives in Lagos, after posting a picture of airline ticket to the Nigerian town. Cole is from Lagos, where he graduated from college. And he maintains operations in Lagos as well. “Within five years of operations, Sahara Energy had diversified into storage depot and vessel ownership, building depots in Lagos, Onne and Abuja with a combined capacity of 55,000 metric tonnes and a fleet of five vessels moving products across West Africa,” reads his biography.

Kenya has not confirmed or denied that Cole is her boyfriend. If they are not dating, there maybe a good explanation why they are walking alone on the campus of Harvard.

This is the second African man that Kenya has been linked to. There were rumors that the reality star was dating singer D’Banj. But those rumors were swiftly killed after many speculated Kenya offered him $15,000 to be her boyfriend for the show.