The former Miss USA has been at the center of most of the controversy this season, and it doesn’t appear to be slowing down anytime soon. R&B singer Christopher Williams and Natalie were introduced during Sunday’s episode and Kenya immediately put her two cents in about their relationship.

Natalie said that she and Williams eloped to Vegas to get married 18 years ago, while Kenya said that he always said he was single when they worked on a play together a few years ago. “I could not care less about their arrangement or her gift certificate of marriage, LOL! It wasn’t my business, but Natalie made it my business when she chose to blatantly lie about being married for 18 years and trash Todd,” Kenya reveals after watching the conversation unfold about Kandi and Todd’s relationship.

Kenya added, “When Natalie tried to insult me for exposing her… someone should have told Natalie, DON’T COME FOR ME UNLESS I SEND FOR YOU! And shame on Cynthia for taking her side in her interview. I’ve been a loyal friend to her and proven myself. With that said, at least ALL of the ladies rallied together to put Natalie in her place. I lived for Kandi, who got her together and sent her weathered face packing back to obscurity.” 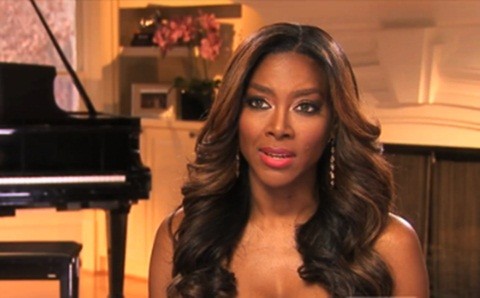 Now Kenya has taken it a step further by posting a video where Williams denies being married.

During the video that was recorded in June 2013, Williams confirms that he’s “Not Married”.  He also added that he has “no comment” on relationships. Later Williams talks about a “real special” person in his life (3:55 mark). Watch Williams interview below.

Photos via Bravotv.com and BET.com