A battle is brewing between two of hip hop’s rap stars.

During a performance at Williamsburg Park in Brooklyn, New York, Kendrick Lamar threw some direct and indirect shots at Meek Mill. Lamar was responding to a released scathing response to Meek Mill’s Ooh Kill Em. The Philadelphia rapper was responding to Lamar’s controversial Control verse.

According to All Hip Hop, Lamar took the time to address his former collaborator.

“I been doing  this s**t for years… I mastered this sh*t,” Lamar said. His blanket statements soon became clearly aimed jabs at Meek Mill. “There’s one n***a in particular that needs to realize that there’s ‘levels’ to this s**t. I’m MOTHER F**KIN’ KING KENDRICK.” 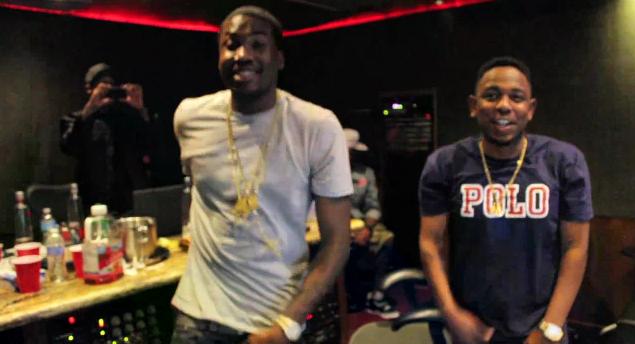 It didn’t take long for Meek to respond to Lamar’s lyrics.

“King of what?” Meek Mill tweeted. “Somebody please tell me.” Then he tweeted, “Let me RT @MeekMill: King of what? @kendricklamar

This is turning into a good healthy rivalry. Something hip hop has missed. Watch Kendrick’s performance below.

Listen to Kendrick’s Control verse below.

Photos via UrbanIslandz.com and Nois3.com