Kendall Jenner has been itching to get a tattoo for quite sometime.

But her father Bruce Jenner is against it. He’s forbidden the reality star and model from inking her body until she’s 18. But that hasn’t stopped Kendall from getting temporary tattoos in the meantime.

Kendall shared a photo of her back with a spinal tattoo drawn by her makeup artist Nat Wood. She made sure to let her followers know that she was bored and the tattoo was not permanent. She posted the caption, “@badwoodx and I are bored! SHARPIE tat!

Her make up artist posted another photo with the caption: “Ken’s dope idea. We are the sharpie tat queens @KendallJenner.’ 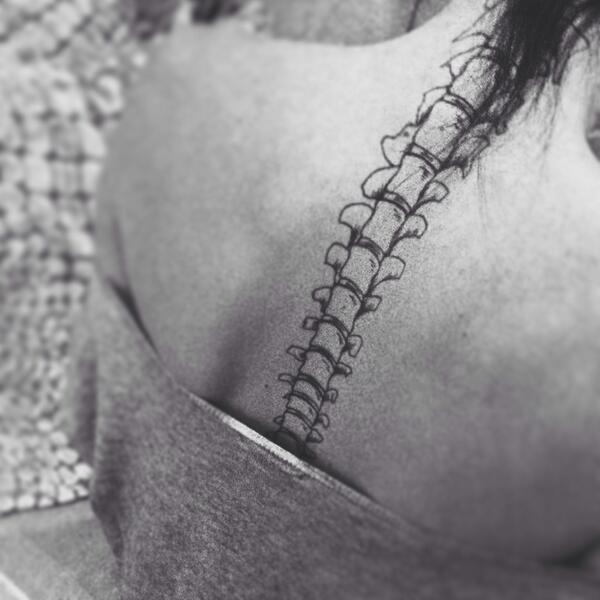 This is not the first time that Kendall has inked her body with a temporary tattoo. She fooled the media earlier in the year with a large skeleton one.

With Kendall’s fascination of tattoos, there’s a good chance that a real tattoo will appear on November 3rd when she turns 18.