Kehlani and Kyrie Irving were spotted together.

The former couple was photographed in Chicago on Friday, “smiling, hugging, and acting friendly,” TMZ reports. But Kehlani claims the reunion was not a romantic one.

“They are only friends,” a rep for Kehlani told TMZ. “Not back together. Things ended bad and they hadn’t had an opportunity to see each other … and they wanted to meet up face to face and make peace.” 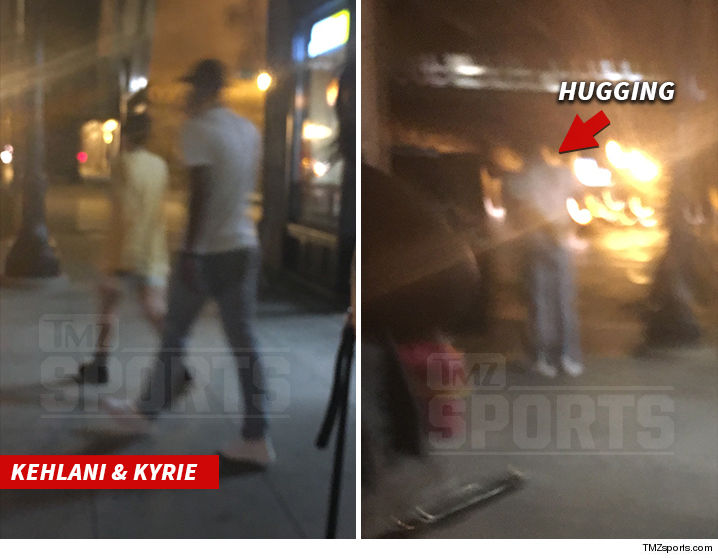 Kyrie and Kehlani had a highly-publicized breakup earlier this year. Following their separation, the singer was photographed in bed with PARTYNEXTDOOR, causing some to think she cheated on Irving. Thereafter, Kehlani tried to take her life in a suicide attempt because of the backlash from the rumors.

After hearing about Kehlani’s suicide attempt, Irving responded via Twitter.

“I do not justify the picture or what [PARTYNEXTDOOR] did to try and spark all of this nonsense that could have been avoided, but me and Kehlani were not dating when the picture came out,” Irving wrote. “It’s unfortunate that it’s received so much attention, but its become bigger because of a post that was misunderstood. Nothing but love and compassion over this way for her and her family.”

Irving, who is a member of the USA basketball team, is fresh off a NBA championship with the Cleveland Cavaliers. Kehlani congratulated Irving on Instagram.

“Congratulations,” she wrote. “The most humble person I’ve ever met. @kyrieirving I love u!”

Photos via TMZ.com and