Kehlani wanted to end her life.

The R&B singer tried to kill herself Monday night because of hateful social media comments regarding her relationship with PARTYNEXTDOOR. The backlash began after PARTYNEXTDOOR posted a photo of what appeared to be him and Kehlani together in bed amidst rumors of her breakup with Cleveland Cavaliers star Kyrie Irving. Kehlani began dating Irving following her split with PND last year.

PND posted the photo below with the caption: “After all the shenanigans, still got the R&B singer back in my bed.” After PND posted the photo Kehlani was ripped apart on social media. Many accused her of cheating on Irving with PND. He even insinuated the cheating as well.

Not long after the cheating story went viral PartyNextDoor @’d Kyrie Irving calling Kehlani a ho while promoting the single he wrote about her called  ‘Come See Me ft. Drake.’ 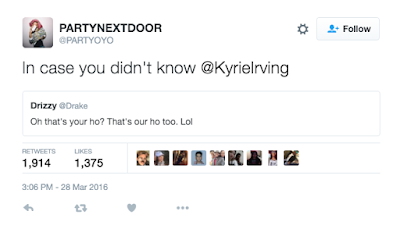 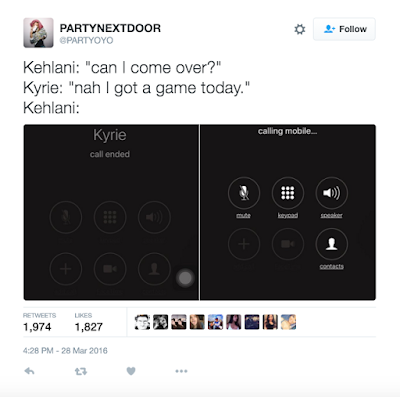 It appears all the backlash made Kehlani crack under pressure, as she tried to commit suicide.

In a since-deleted Instagram post, Kehlani denied cheating on Irving and revealed that she tried to end her life.

“today I wanted to leave this earth,” Kehlani wrote. “Being completely selfish for once. Never thought I’d get to such a low point. But.. Don’t believe the blogs you read .. No one was cheated on and I’m not a bad person… Everyone is hurt and everyone is in a place of misunderstanding.. But as of today, I had no single wish to see tomorrow.. But God saved me for a reason, and for that… I must be grateful.. Cuz I’m not in heaven right now for a reason… On that note.. Bye Instagram.” Kehlani shared another photo of PARTYNEXTDOOR by her bedside at the hospital and credited him for saving her life. “Thank you for saving my life,” she wrote.

According to TMZ, she was placed on psychiatric hold after emergency responders arrived at her Hollywood home and determined that “she wanted to harm herself.” Sources close to the singer say that she’s now “doing much better.” Kehlani also fired back at her haters on social media.

“I’m fucking going thru it. Goin thru 20 year old drama queen issues and figure since all the trials in my songs that have seemed to help so many others, sharing my truths must be continued.”

She also proclaimed her love for PND, while confirming her breakup with Kyrie Irving.

“And since you’re begging for the truth on my life: I am severely utterly in love with my first love,” she said. “Went thru a bad breakup and ended up easing into a relationship with a man who was one of my bestfriend.” Read her entire rant below. Hopefully, Kehlani will get the help she needs.