Katy Perry Divorce: Russell Brand Files on Behalf of Both For Family’s Sake

As it turns out, Katy Perry was not blindsided by the divorce.

The pop singer knew that her soon to be ex Russell Brand was going to file for divorce on Friday. It was actually months in the making. Perry wanted Brand to file the court papers because she didn’t want to upset her religious parents, TMZ reports.

Katy’s parents are evangelical Christians, so she didn’t want to be the one to “officially” end the marriage. Her parents raised her to believe divorce is wrong. The couple’s marriage had been on the rocks for months but she didn’t want to bail without a concerted effort to work it out. But in the end, both sides ultimately felt “it just wasn’t there.”

There was not a massive fight that ended the marriage, but the two didn’t want to be in Los Angeles when the papers were filed. Brand went to England while Perry headed to Hawaii for Christmas.

Brand released a statement confirming the split but insisted the two will always love each other and remain friends. Katy and Brand ended a 14-month marriage and two-year romance. 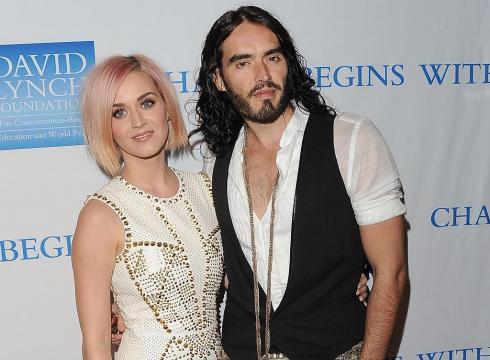 Check out the Washington Post’s timeline when the couple’s problems began:

July 2011: Star Magazine reported that Perry and Brand were living “separate lives” and sources feared “the marriage may not last a year.”

Perry denied the report, tweeting, “Just cause we don’t flaunt our relationship doesn’t mean there’s something wrong w/ it. Privacy is our luxury. #tabloidsrtrash #gossipisgross.”

August 2011: Star followed up that claim with new suggestions that the marriage wouldn’t work because the couple spent too much time together.

November 2011: In Touch reported that Brand was “getting cozy” with a female friend, adding that “a split is inevitable for the newlyweds.”

Meanwhile, rumors circulated that Perry was expecting after her mid-section appeared slightly bloated during the American Music Awards.  Her response? “I like In-N-Out Burger and Taco Bell and if you want to make that pregnant that’s your problem.”

December 2011: Brand appeared on “The Ellen DeGeneres Show,”  where he announced that his marriage to Perry was A-OK: “I’m married to Katy perpetually. ‘Until death do us part’ was the pledge. I’m still alive.”

Perry hosted “Saturday Night Live” for the first time. While she did an impression of her husband in one of the promos, Brand did not make a cameo in the actual show.

Later that month, reports surfaced that the two spent Christmas apart. They were soon photographed without their wedding rings.

Brand announced the couple’s plans to divorce on Dec. 30.