Steffans, also known as Superhead, has been in a few tumultrous relationships. Her last one was a total nightmare. She claims that she was married to actor Columbus Short and they parted ways because he was allegedly abusive to her.

In her weekly lifestyle column, Steffans opens up about why she terminated two pregnancies in the past year while in a relationship with Short. Steffans wrote: 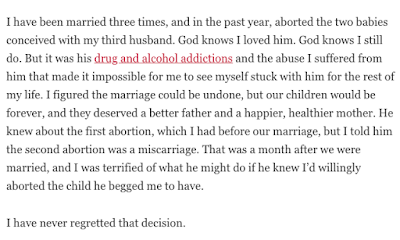 To be fair, Steffans never mentions Short’s name and also claims to still be married.